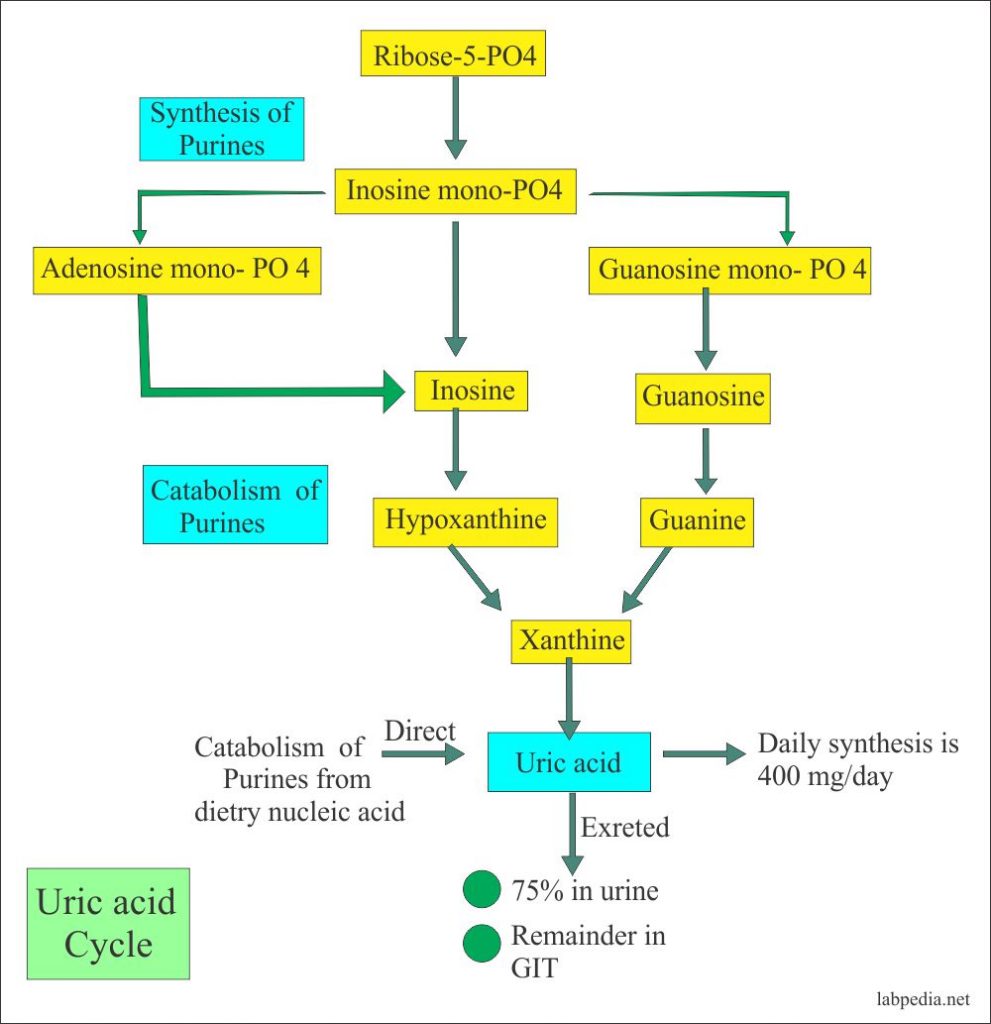 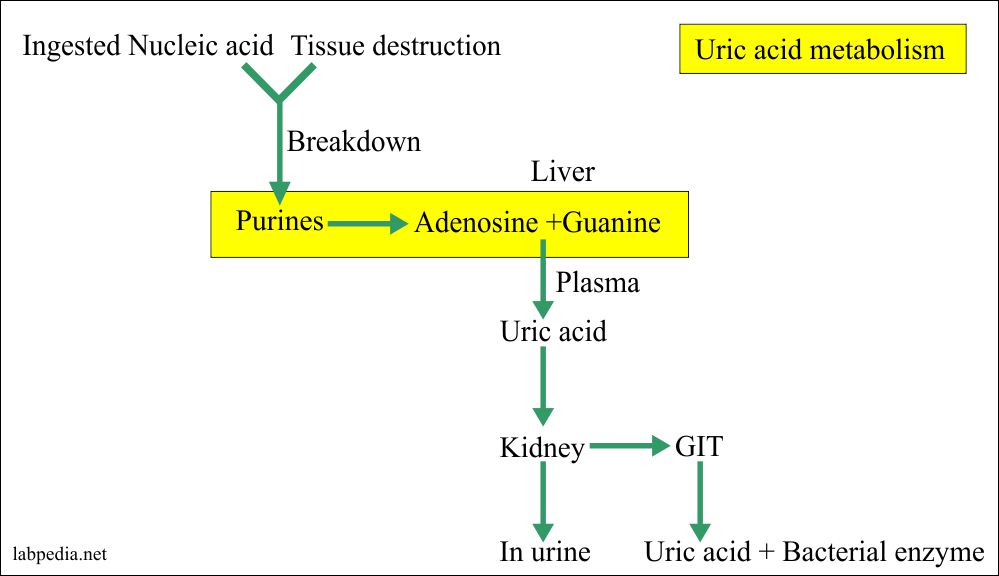 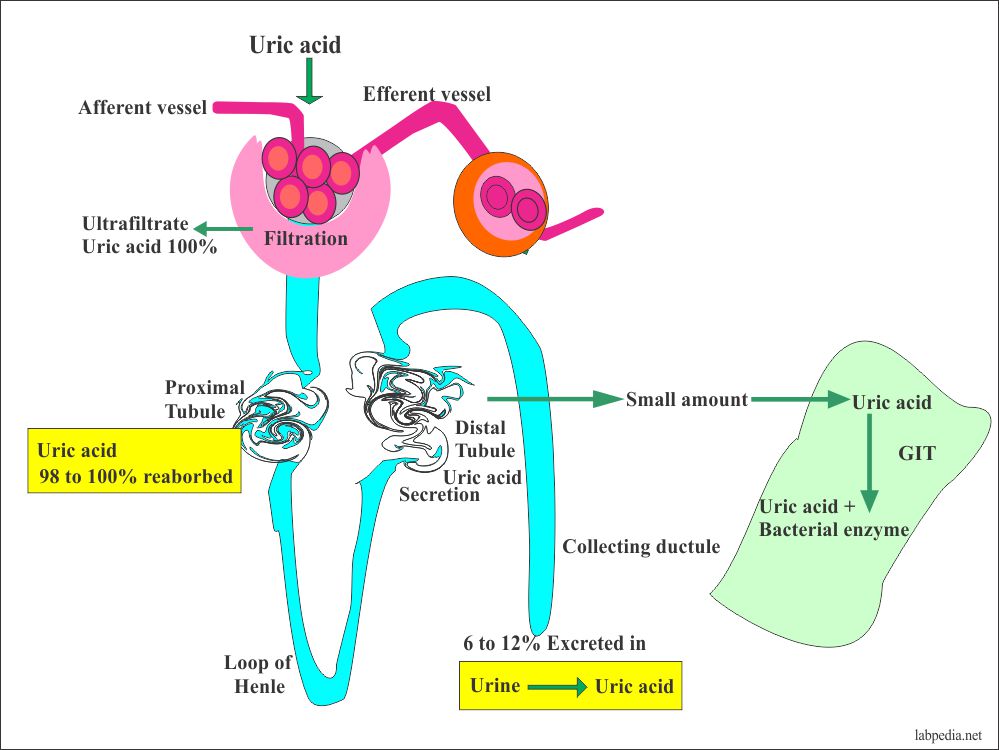 Uric acid excretion from the body

Signs and Symptoms of Gout:

Increased Uric acid level (Hyperuricemia >7 mg/dL in males and >6 mg/dL in female) is seen in:

Hyperuricemia due to decreased excretion: