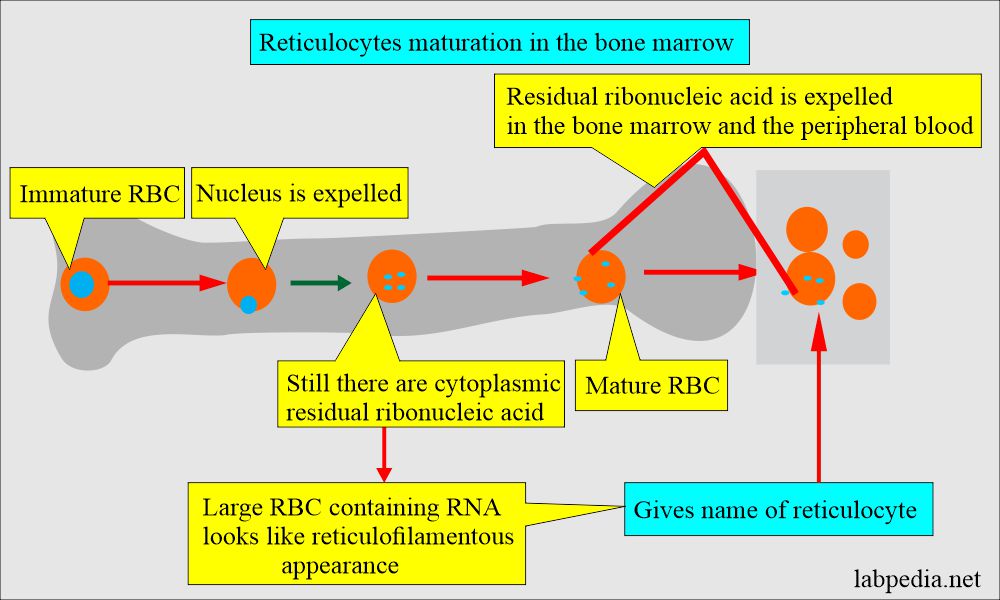 Reticulocyte formation and maturation in the bone marrow

Reticulocytes maturation in the bone marrow: 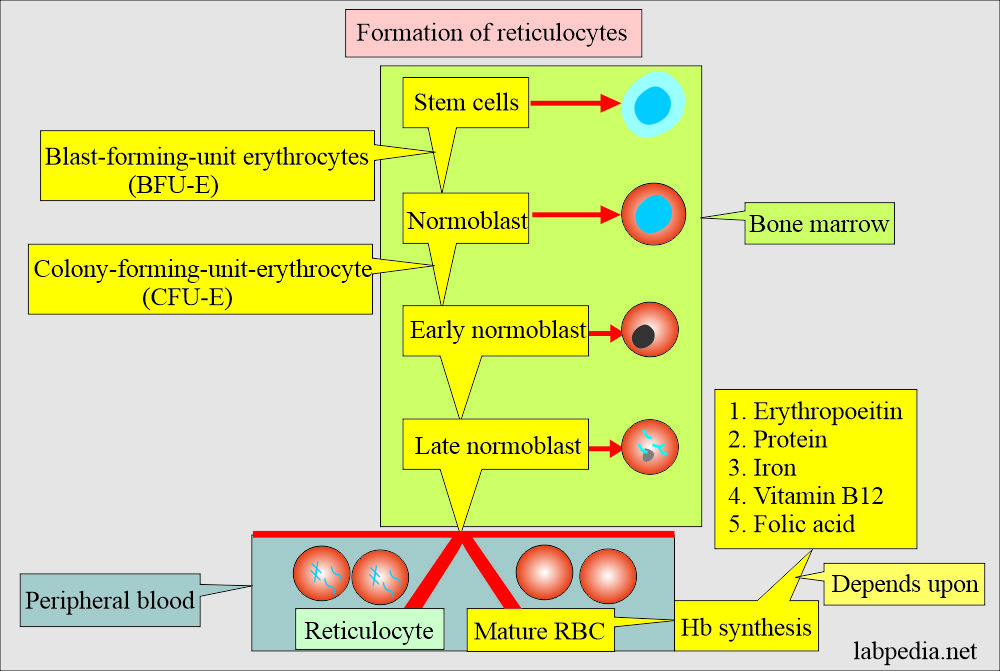 Life of reticulocytes in the peripheral blood and bone marrow response: 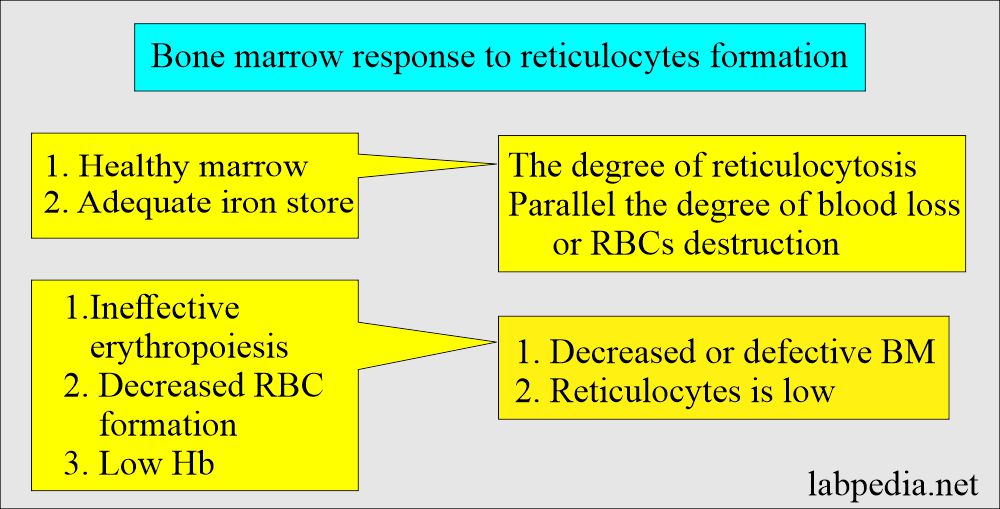 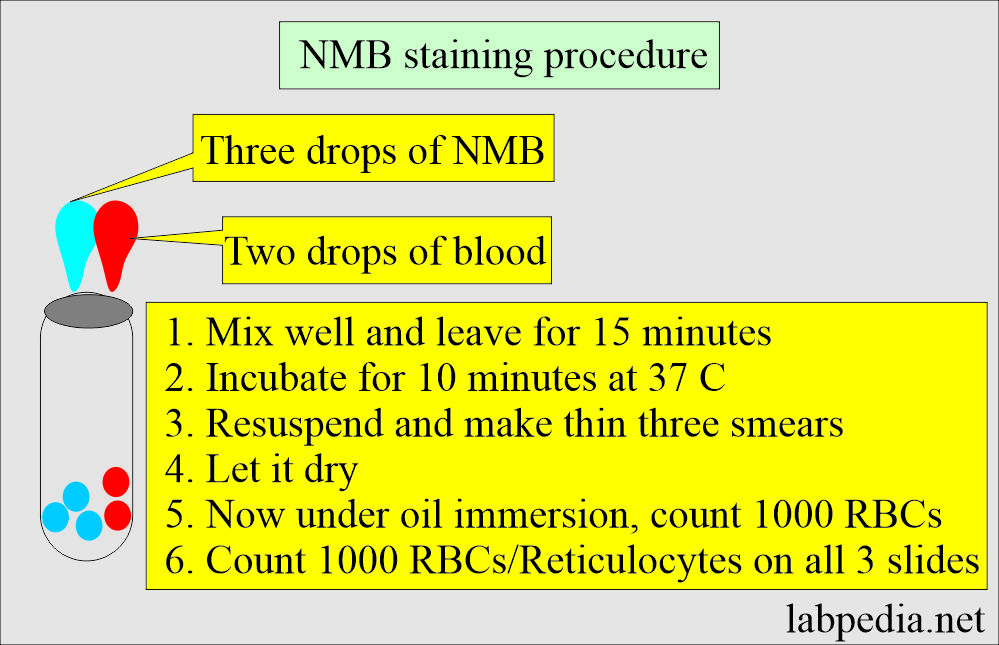 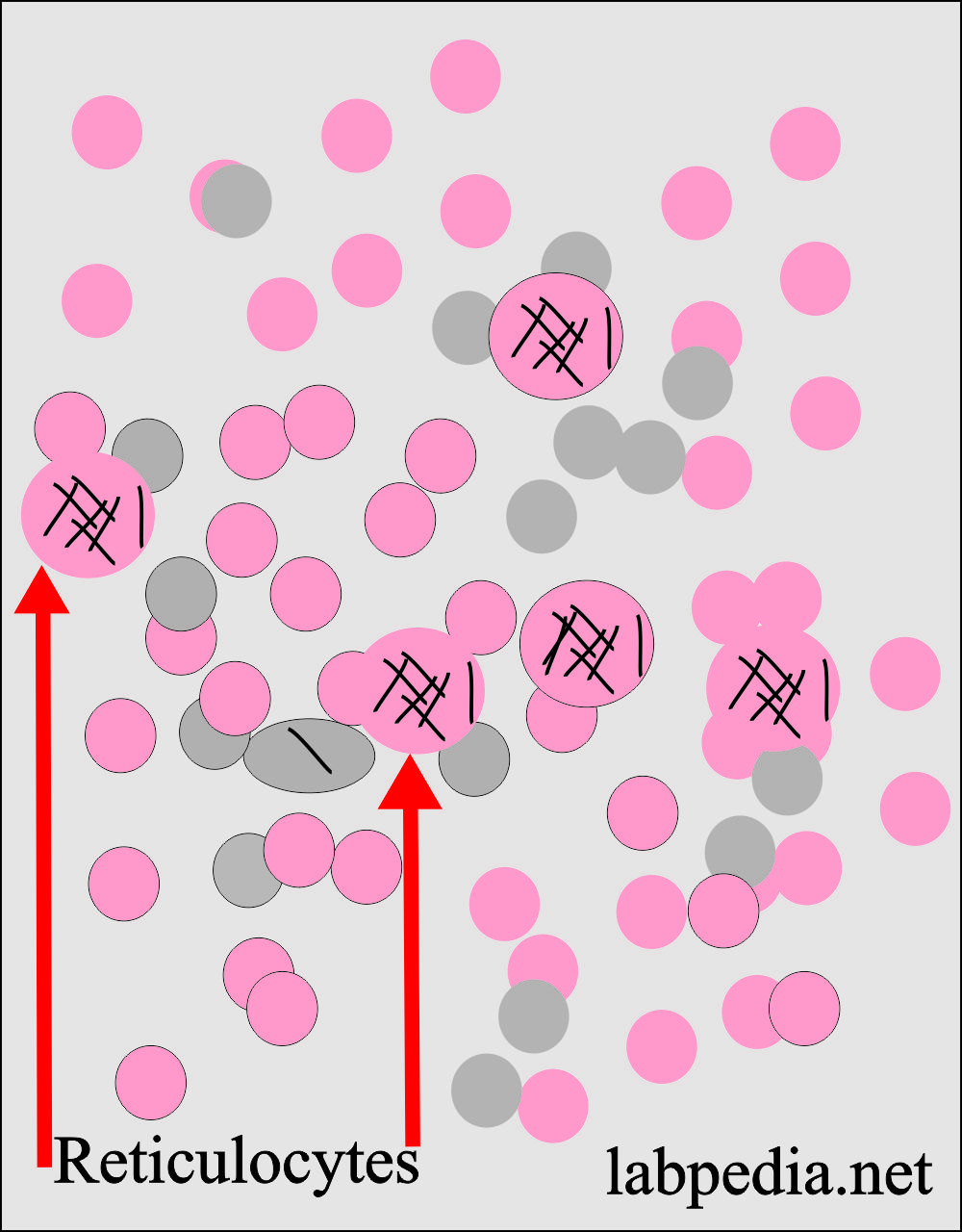 Increased reticulocyte values are seen in:

Decreased reticulocytes values are seen in:

I searched to find the reference for sodium chloride and oxalate in the stain but could not find it. But I think their functions may be to stabilize the RBCs.

Absolute reticulocytes are better than a percentage. It will be raised in all the same conditions.

Hi I have a retic count of 4.8 and absolute retic count of 152.1 any advice my mcv and mch always raised now I have a platlets count of 7 iron is fine . Two years going on with symptoms.

Your reticulocytes count is raised. You need a consultation by the clinical hematologist to find the cause of raised reticulocytes.

Good Morning. Excellent information for those of us who dedicate ourselves to learning, teaching, and relearning to update what has been learned and applied in practice. Very useful information that we give as very good and valid.