After the centrifugation of the EDTA blood in the test tube. Now the % of the RBC column to the original whole blood volume is called hematocrit (Hct). 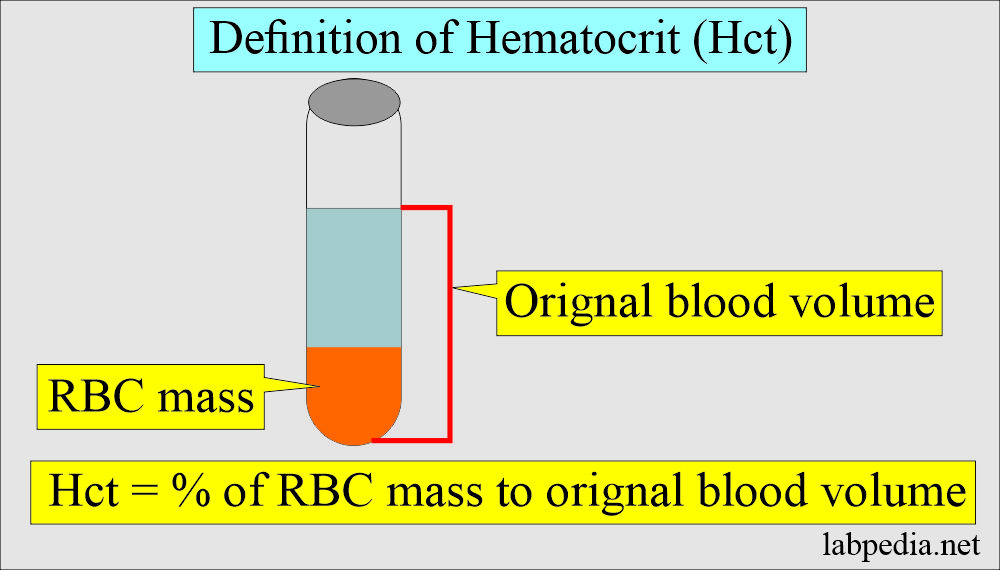 Quality control of the Hemoglobin:

The formula for hematocrit from Hb

Factors that will affect Hematocrit are :

Method to estimate the Hct: 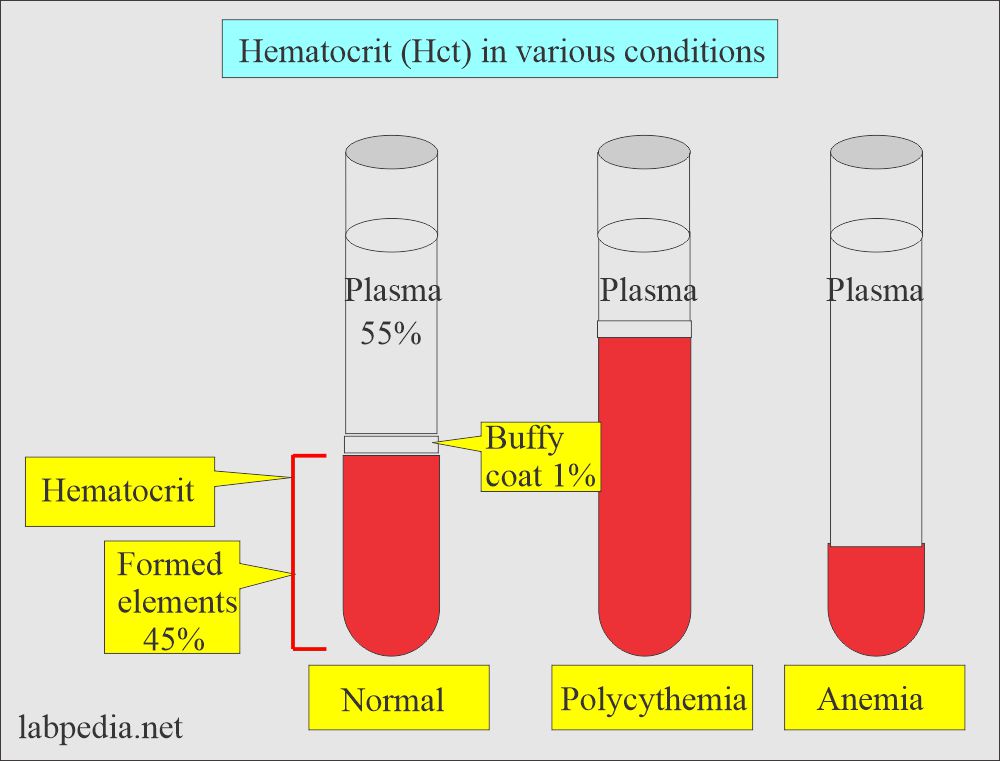 Raised Hct is seen in:

Decreased Hct is seen in: