Quality control of the Hemoglobin:

The formula for hematocrit from Hb

Factors which will affect Hematocrit are :

Method to estimate the Hct: 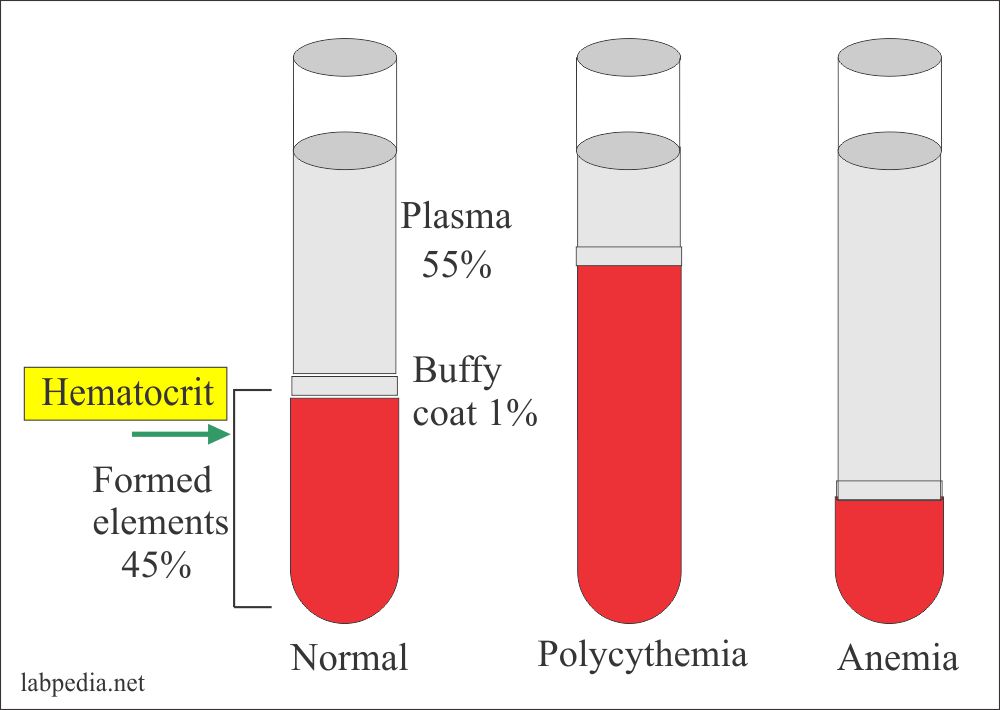 Hct values in anemia and polycythemia

Raised Hct is seen in:

Decreased Hct is seen in: