Chapter 1: Introduction and History of the Immunology

Introduction and history of the Immunology

Immunology is a relatively new branch of the medical sciences.  It started as a branch of microbiology, which led to the study of infectious diseases and then the body’s response to them.

Two hundred years later, in 1798, Edward Jenner gave the concept of immunity in response to contagion.  His coworker had a cowpox infection (cow means Vacca), and consequently, she was resistant to smallpox.  He noticed that cowpox infection incited immunity against smallpox (Variolae in Latin).  This discovery started the process of vaccination (Vacca in Latin means cow). 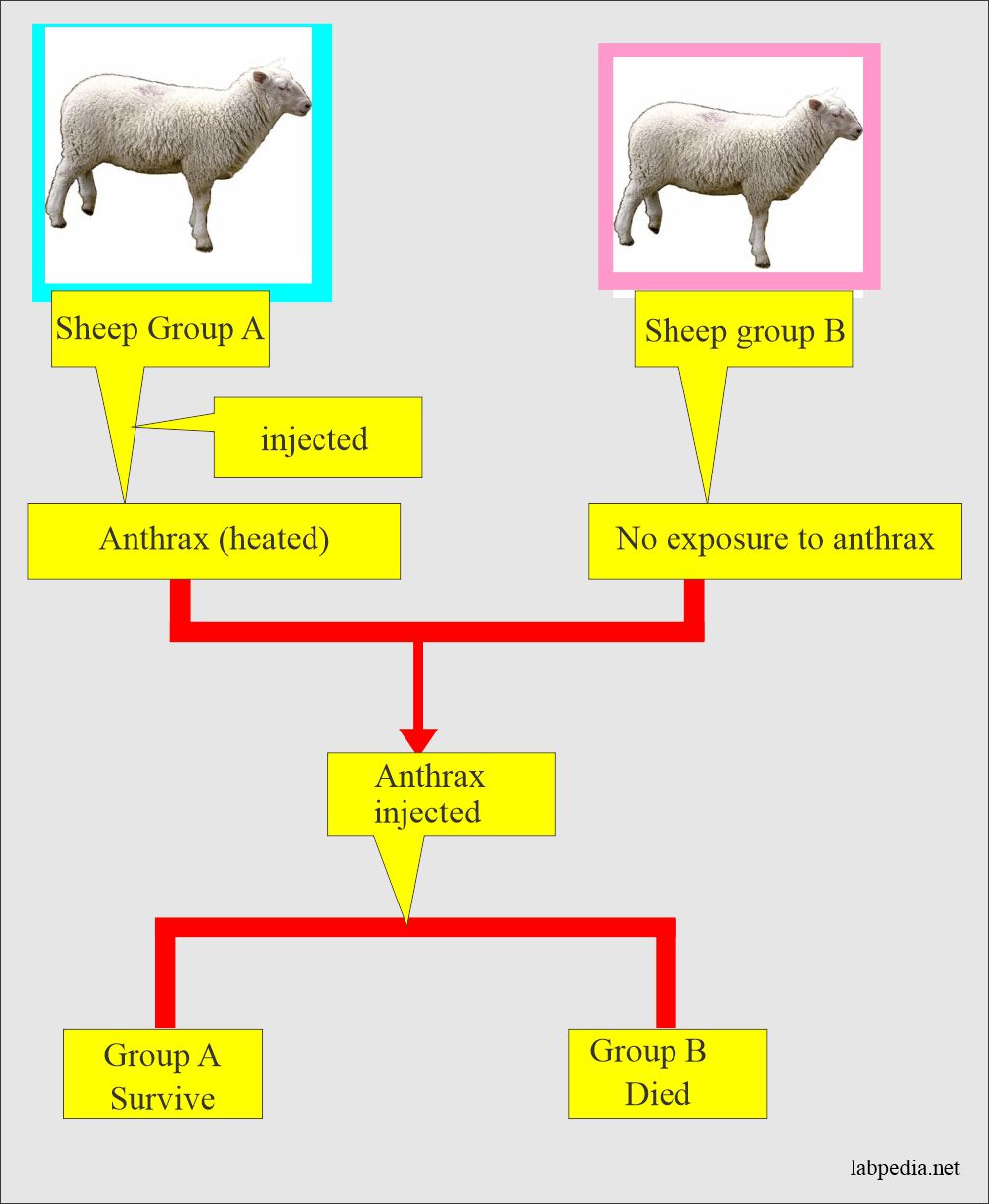 Ancient Chinese were injecting vesicle fluid of a smallpox patient to healthy people for developing immunity.

Greek King Pontus took poison in a small amount and then increased the dose until he could tolerate higher doses. This process is called Methriditisim.

Lady Mary Wortley Montagu, in 1721, was the wife of the British ambassador in Turkey. She also tried the process of variolation.

Portuguese army officers used the ants for the poison to detoxify the poison, and later on found that ants contain the formal, which converts the toxin to toxoid. 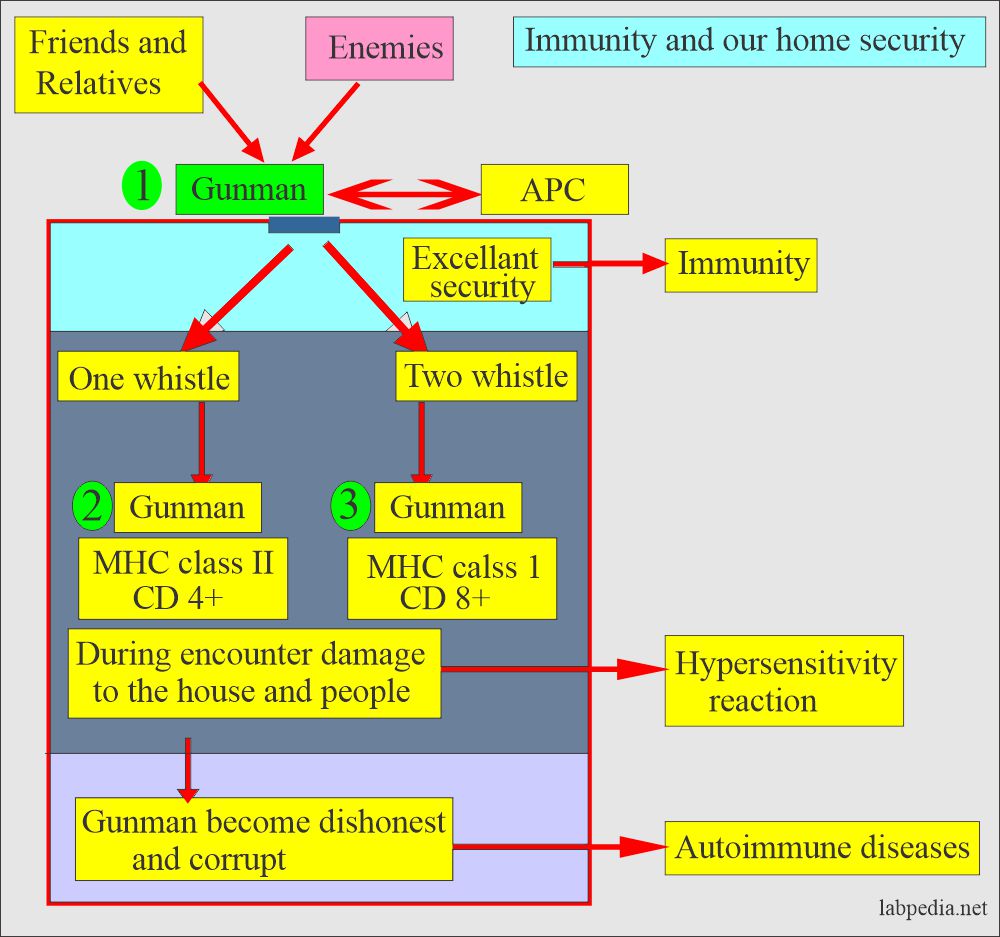 fig: 1 A showing comparison of the immune system and our home security

This diagram shows if the walls are high and thick, the security guards are strong, and the house will have complete protection (Immunity).  Security guard 1, at the entry (Antigen-presenting cell, APC), can recognize friends and get rid of weak enemies.  If he comes across a strong enemy who can enter the house, he can get help from security guard 2 (CD4+ cells/B-L) or guard no 3 (CD8+ T-L/B-L).  During the encounter, if some damage in the house occurs, that is just like a hypersensitivity reaction.

If the security guard becomes dishonest and corrupt, it starts damaging the house like autoimmune diseases, where the immune system is defective.  The above example shows that nature is present everywhere and has a similar system at a micro-level in our body and macro-level in our surroundings.

This is defined as the study of molecules, cells, organs, and the system responsible for the recognition and disposal of nonself (foreign) substances.

The function of the immune system is to recognize the nonself from the self to defend the body from the nonself.

Immunology is one of the most developing medical sciences.  The following are some of its recent advances:

The immune system is the defensive system of our body and has two types: specific and non-specific.

This immunity protects us from various pathogens and is the first line of defense.  Non-specific immunity takes place through the following means:

This immunity protects us from various specific pathogens and has a specific response for a particular antigen.  Specific immunity takes place through the following means:

Let us look at an example of specific immunity.  The following figure shows a child infected with smallpox and later recovering.  During this process, the immune system recognized (R) smallpox, produced specific (S) antibodies, and kept memory (M) of the antigen; this RSM process is the backbone of the immune system.  Afterward, whenever smallpox infects this child again, the specific immunity will notice that it is the same antigen and produce an exaggerated immune response, not allowing the infection; but exposure to other viruses (antigens) will not show such specific immunity but will instead result in repeating the RSM process. 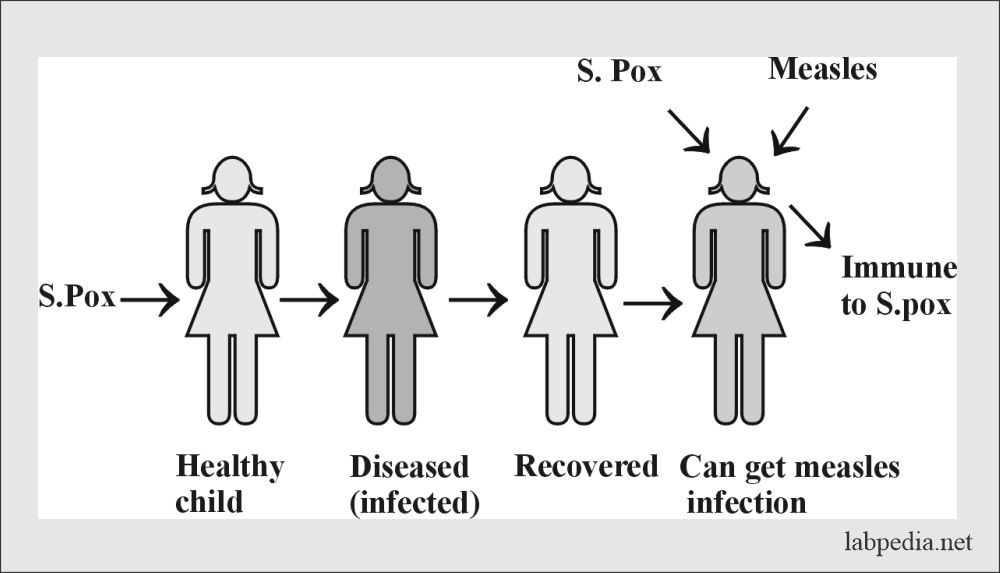 The immune system shows a primary immune response to the first encounter with a foreign substance (Antigen, Ag).  This process consists of the following four phases:

There is a lag period of 7-10 days before the anti-foreign substance (Antibody, Ab) appears in the blood.  In the primary immune response, the IgM type of antibody always appears first, followed by the appearance of IgG.  Afterward, the peak level of Ab is achieved; antigen and antibody reaction starts, which clears off the antigens from circulation.

When the same antigen is re-exposed to the immune system, now because of specificity, recognition, and memory, there will be no lag period, and immediately formation of Ab (IgM & IgG) takes place due to the presence of memory cells, and antigen is cleared from the circulation. 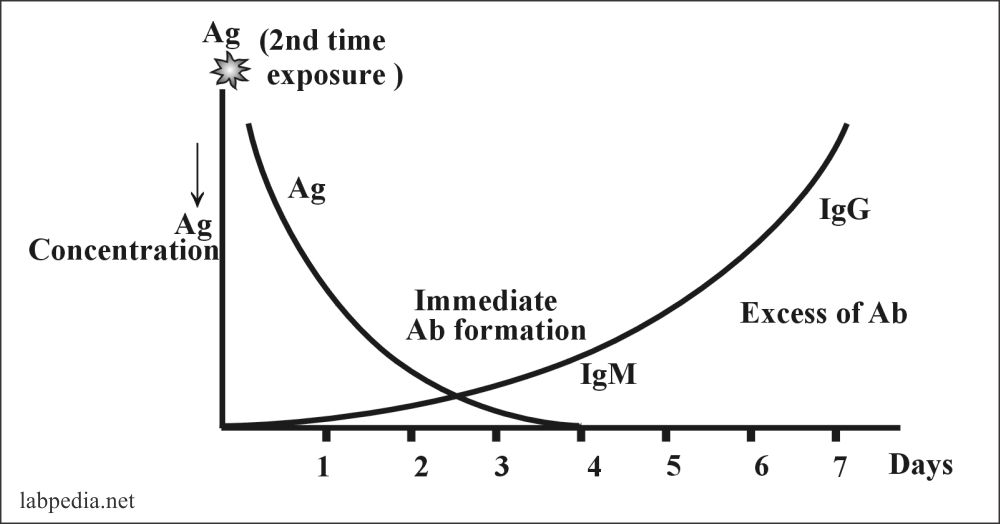 The following diagram shows both primary and secondary immune responses.

Ancient Chinese were injecting vesicle fluid of a smallpox patient to healthy people for developing immunity.

Greek King Pontus took poison in a small amount and then increased the dose until he could tolerate higher doses. This process is called Methriditisim.

Thanks for your critical comments.

Can you please provide the soft copy

Can you please provide the soft copy

Dear all chapters of immunology are present on labpedia.net.

Very educative indeed. Would you mind sharing with me “full immunology notes” in single PDF please?

I am sorry that I don’t have a PDF file of the Immunology book.

Thanks. Kindly allow me create one

This page is so informative and the content is really good.Thank you sir for giving such a valuable information related to immunology.

Thanks for the remarks.

On labpedia.net, you can see the immunology book sections. I have covered most of the topics.
https://labpedia.net/category/elementary-immunology/