In the bone marrow, the mother cells called pluripotent stem cells transform into a stem cell, which ultimately transforms into various components of the immune system. 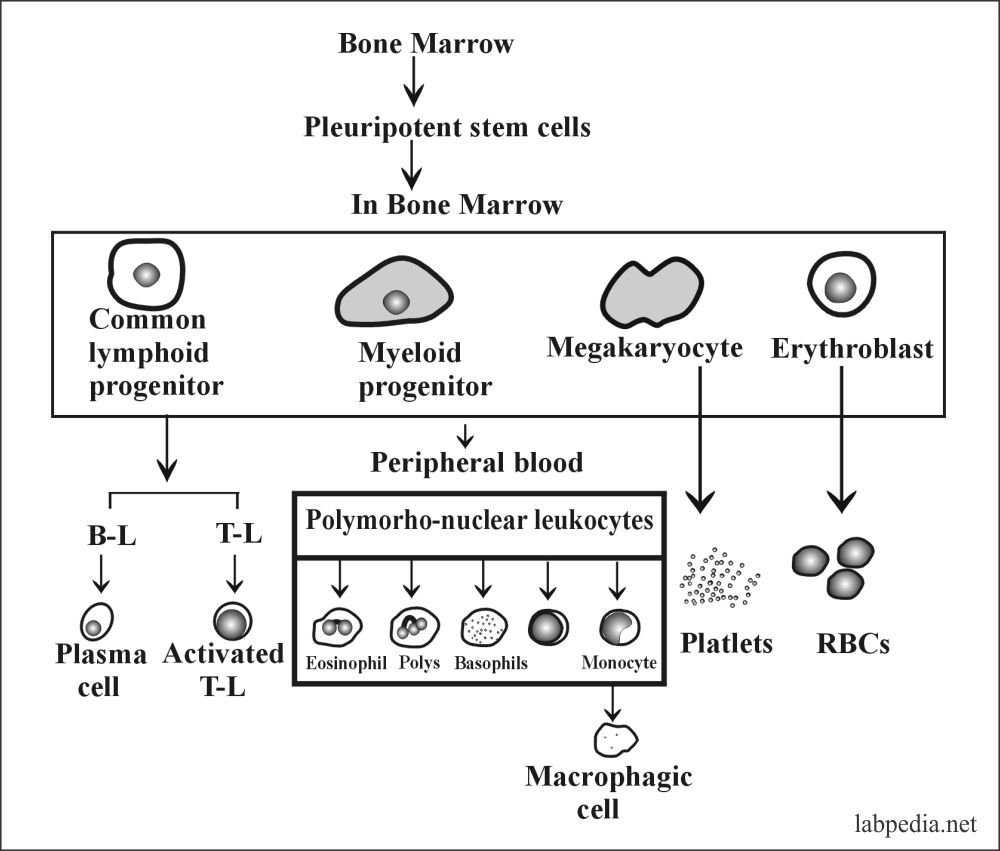 The mononuclear macrophagic cells were known as scavenger cells.

Now its role is a complex cell of the immune system and the major role is in the defense against the various types of infections.

Macrophages and their precursors, the monocytes can migrate easily into the tissue from the blood. These monocytes will reinforce and replace macrophagic cells.

The mononuclear phagocytic system needs to replace the old term of the reticuloendothelial system.

Macrophagic cells are activated by γ-interferon, which is produced by Th1 cells.

Examples of MN phagocytic cells are:

Monocyte-macrophagic cells in the body 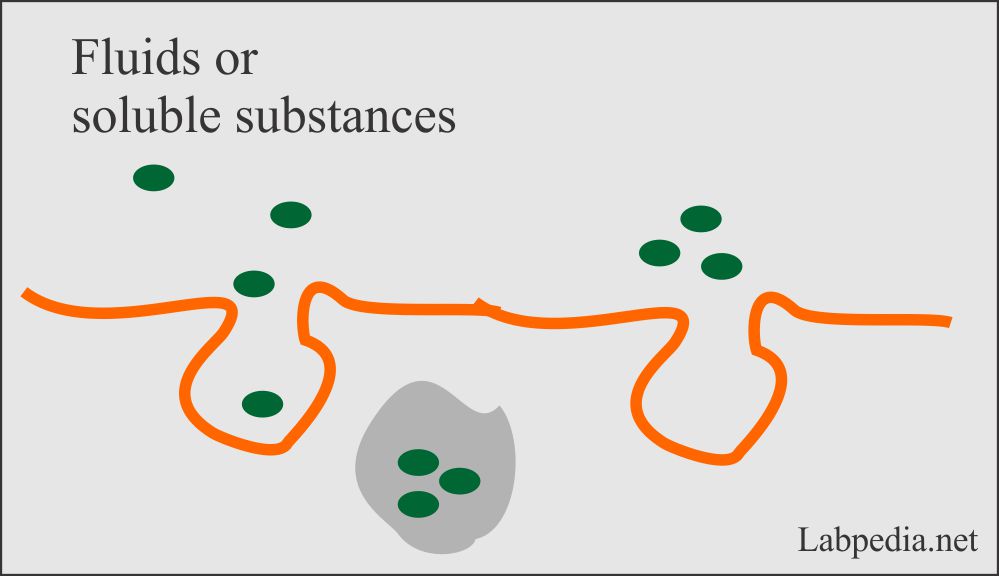 The process of Pinocytosis

In this process, phagocytic cells can ingest the particulate where the size is >0.1nm. The best example is bacteria.

A. Process of Phagocytosis may be:

B. Antigen presentation to immune cells (APC) role of the MN phagocytic cells:

C. Production of Monokines by monocyte-macrophages:

E. Production of the growth Factor:

These are important cells in cell-mediated immunity (CMI).

Toxic Injury to the Antigen is due to the following toxic material produced by the phagocytic cells:

I. Characteristics of MN Phagocytes Cells: 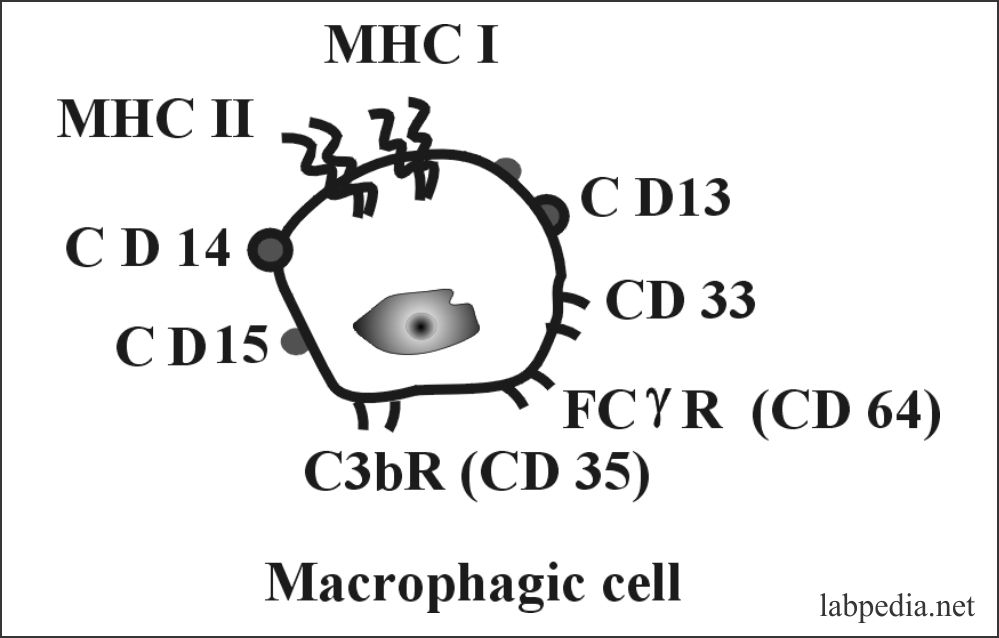 Difference between Monocytes and Macrophages:

Neutrophils have two types of Granules in the cytoplasm:

B. Activation of Neutrophils:

Neutrophils are stimulated by several stimuli like C5a, C3a, LTB4, and Interleukin 8.

There are of two types of granules:

B. Surface Markers and Receptors of Eosinophils: 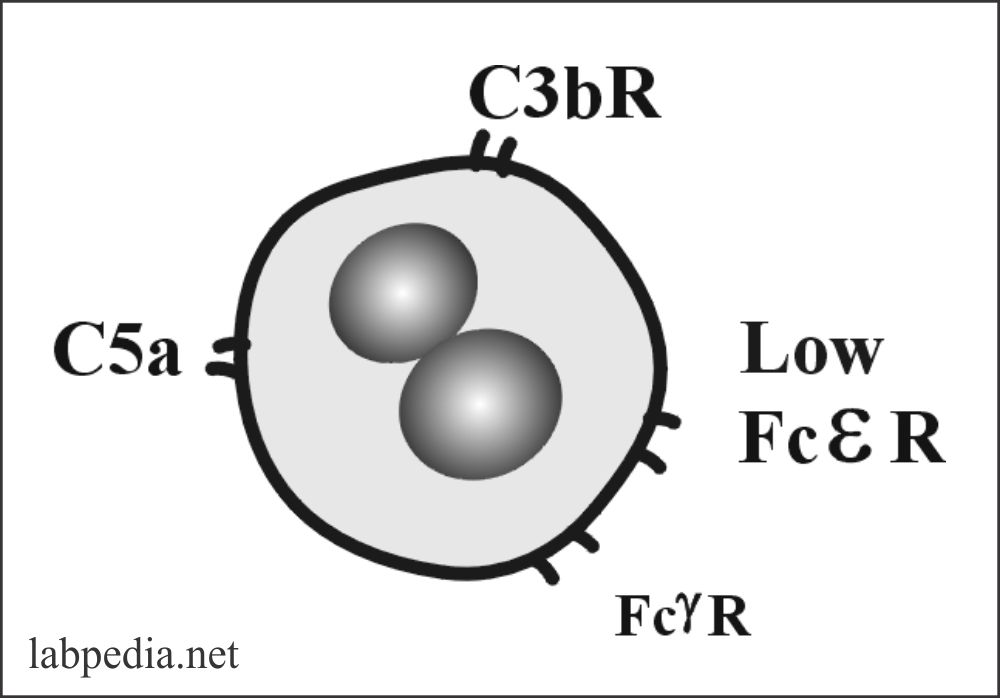 Eosinophils are activated by a variety of mediators for which there are receptors like – Receptor for C3b, C4b, C5a, and LTB4.  Other receptors are for – IL3 and IL5.