Chapter 5: Immunoglobulins and Their Properties 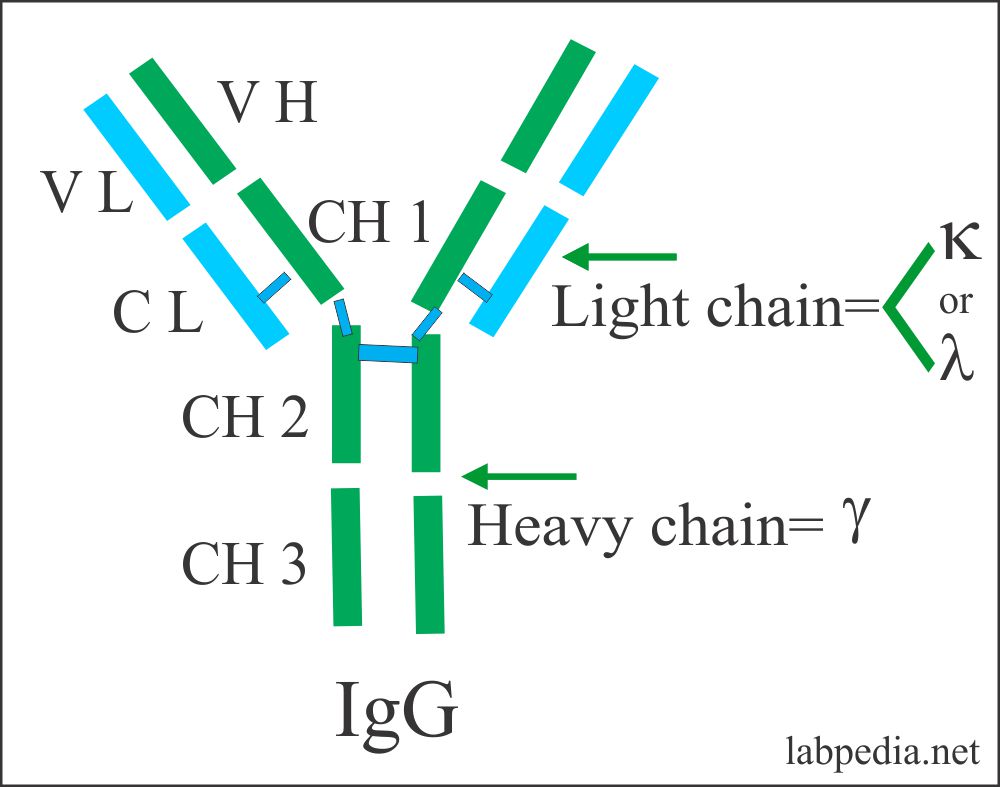 The subclasses of IgG have different functions and different serum concentrations shown in the following table:

IgA in secretions of the gastrointestinal mucosa 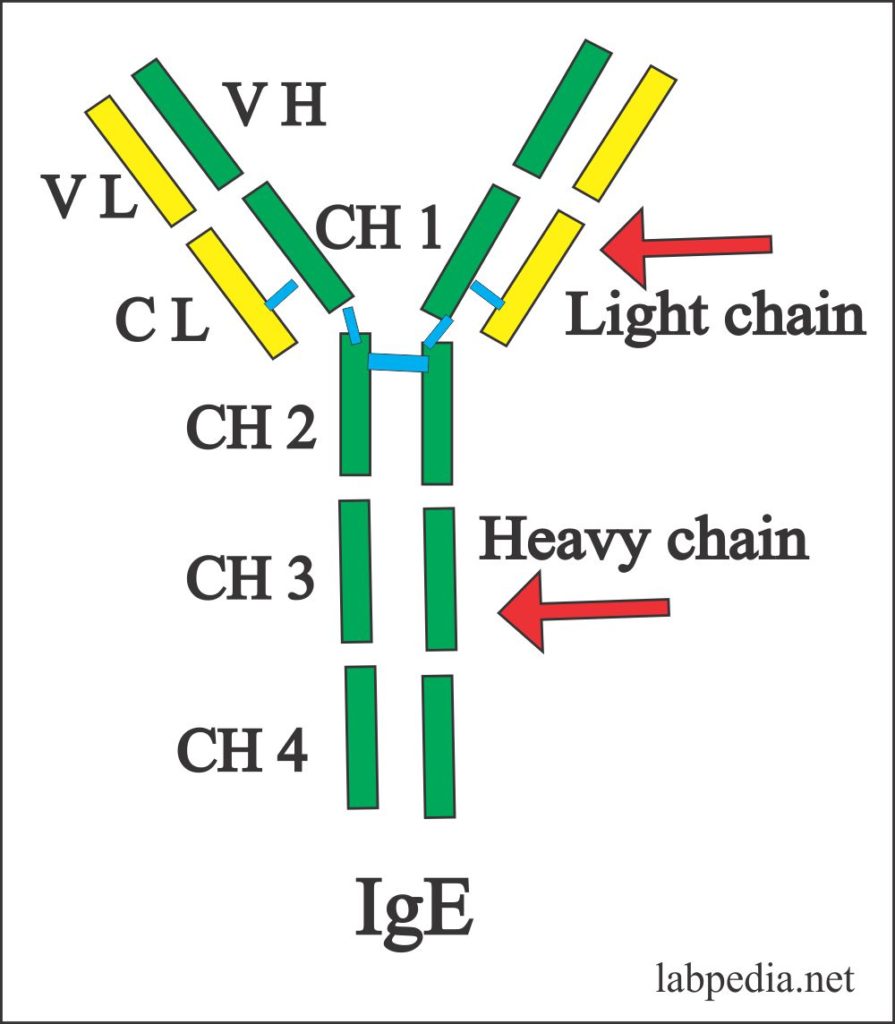 Class switching involves the solution during B-lymphocyte’s development of different immunoglobulin CH genes. The site-specific recombination process deletes most of the DNA between the VH region, the desired CH region. So the majority of class switching occurs by DNA recombination, and some part is at the RNA level.  There is a stretch of repetitive DNA known as the switch region. Switching occurs by recombination between the switch signals with the deletion of the intervening DNA. The initial switching event takes place from the switch region, switching to other isotypes can take place.

In vitro culture studies are important. Culture of B-cells with polyclonal activator alone, produce IgM in the culture fluid. The addition of IL-4 induces switching to IgE production, while the addition of IFN-g induces production of IgG and no IgE.

The other factors that clearly must have an effect on class switching are the nature of the antigen. 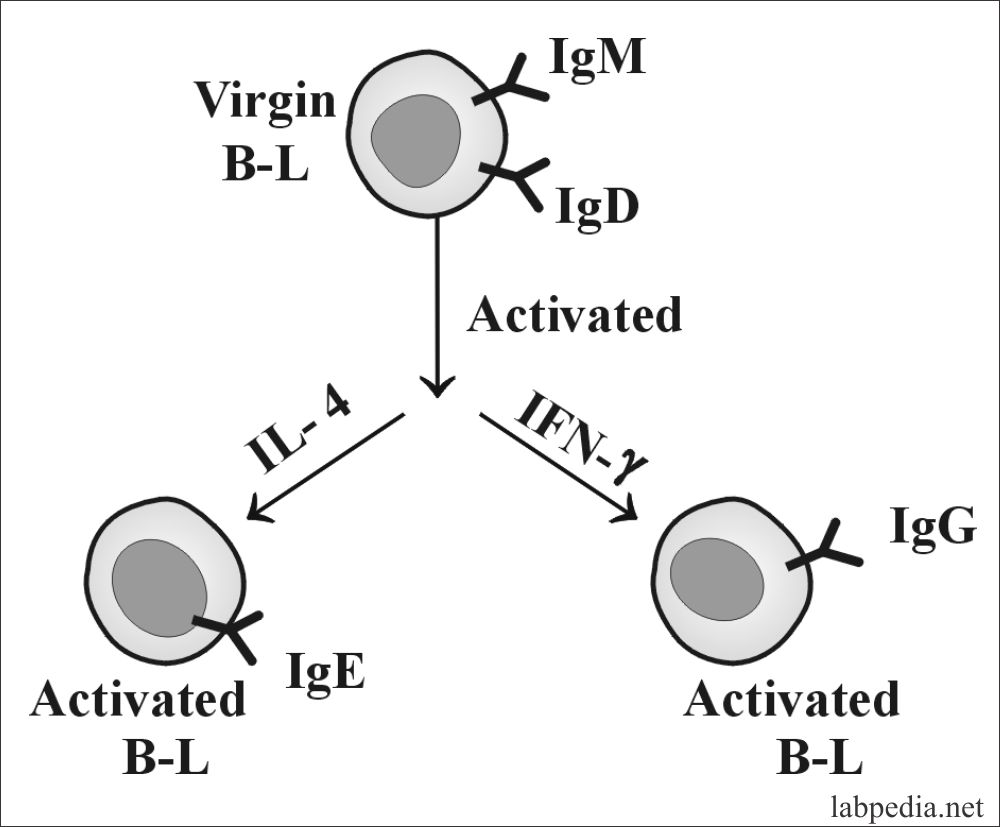