Type I or insulin-dependent diabetes mellitus (IDDM) is a state of hyperglycemia because of a lack of insulin secretion from the β-cells in islets of Langerhan’s of the pancreas. These patients need exogenous insulin to sustain life.

Both sexes are equally affected.

There is immune-mediated destruction of the insulin-producing cells of the pancreas, which are β-cells of Langerhans.

There are several hypotheses for the death of β-cell. The following two are more accepted. 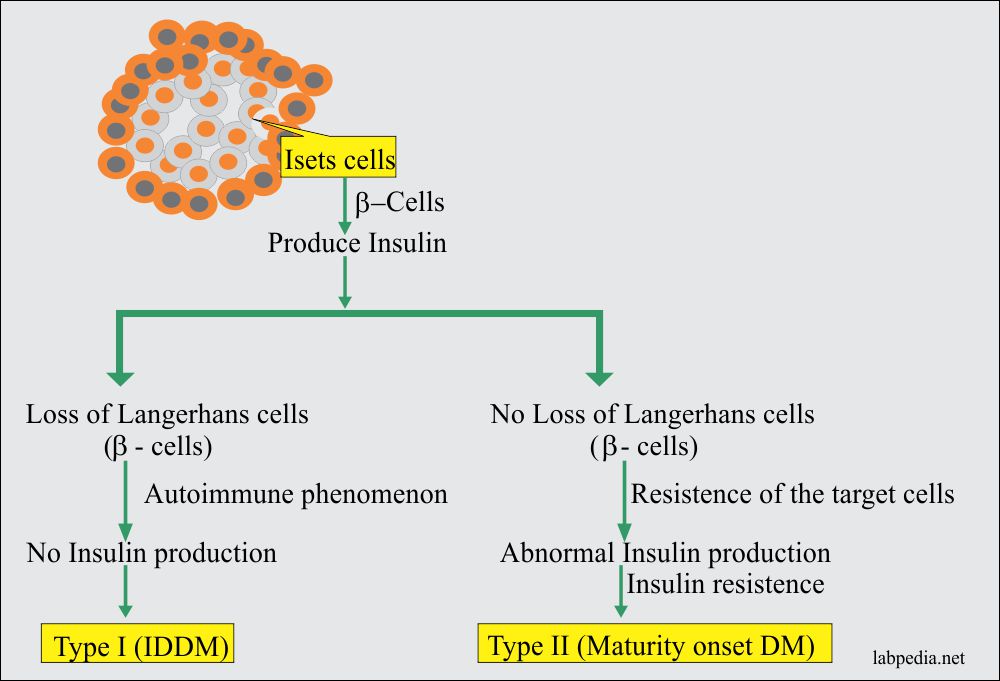 The relative risk for  IDDM:

Following is the criteria to label diabetic: