Introduction and History (Historic Back Ground)

Long time back it was considered that successful blood transfusion is dependant upon the blood grouping of donor and recipient.

Landsteiner in 1931 suggested that these groups are important and involved in a successful transplant acceptance.

later on, the histocompatibility antigens were discovered and it leads to more successful transplantation of the organs.

These are isoantigens called histocompatibility antigens. These are found on the surface of white blood cells, platelets, and most of the fixed tissue of the body. These got importance since these got the importance of tissue transplantation.

Medawar was attempting to transplant skin graft in world war II in the case of burn soldiers. He noticed that the skin graft of the patient to his own body was successful but when grafted to another person was rejected. On this basis, the experiment was done on mice.

If the mice are already sensitized by the transplantation of tissue from the black strain mice, then in that case skin will have accelerated rejection of the skin graft or any other tissue. 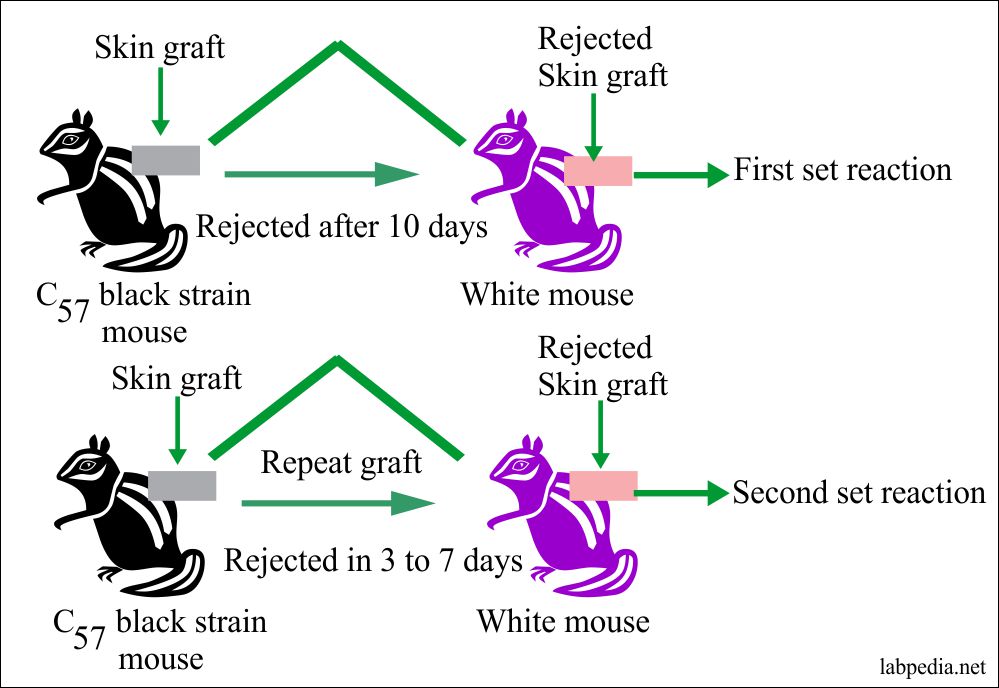 In 1954 the discovery by Dausset, Van Rood, and Payne that the antisera of the multigravida women contain antibodies that agglutinate human leucocytes in spite of ABO compatibility.

Finally, in 1965, Dusset provided a unifying concept and postulated that the genetic basis for the control of 10histocompatibility antigens known at that time was under the control of a single genetic locus.

Gorer gave the idea and identified a group of antigens in mice when matched with the donor and the recipient, markedly improved the survival of the graft.

Major Histocompatibility Complex (MHC) is largely used to show a collection of genes that include those responsible for determining the rejection of transplanted tissue by the immune system.

These antigens are more potent to provoke an immune response, that is why these are called major histocompatibility complex (MHC).

Human Leucocytes Antigen (HLA) is used for MHC gene products involved in antigen recognition by the T-lymphocytes. MHC genes are present on the short arm of chromosome NO: 6.

In human MHC is referred to as human leukocyte antigen (HLA).

1974 Zinkerangel and Doherty published a series of their classic experiments which helped in understanding the physiological role of the MHC gene in the immune response. They were given Noble Prize in 1966.

MHC or HLA is the most complex immunogenetic system, controlled humans by  MHC gene or supergene, which include several loci closely linked on the short arm of chromosome no: 6.

Each of these loci involves numerous alleles, with at least 10 to 40 alleles per locus that control the production of their corresponding antigens.

In the normal person one maternal and one paternal chromosome no: 6 is inherited.

The MHC is divided into 4 major regions: 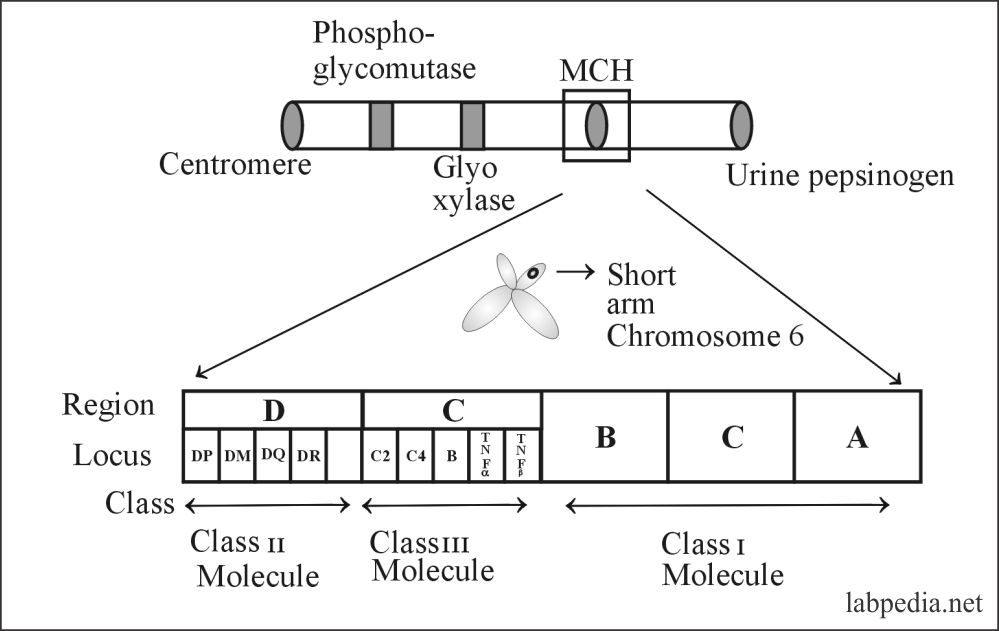 Fig 77: Various genes on the short arm of chromosome 6 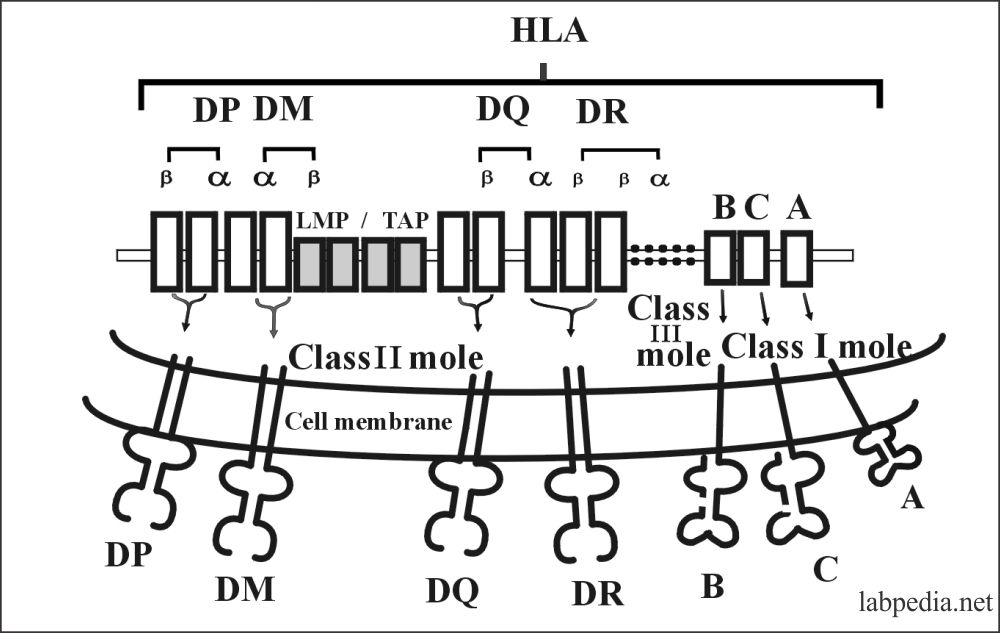 Organs and tissue transplanted are:

Rejection of tissue transplantation is dependant upon genetic dissimilarity.

The degree of immunogenicity in the transplanted tissue:

MHC I molecule is coded by three closely linked loci.

MHC molecules are designated by the capital letter A, B, and C and can be written as:

It is a transmembrane glycoprotein (glycosylated heavy chain) and consists of three α- chains with a molecular weight of 45000 and 338 amino acids. The α-chain is linked to β-microglobulin (12 kD). These chains are linked by a disulfide bond and it has four portions as:

The class-I molecule is virtually present on all nucleated cells including platelet and spermatozoa and body fluids.  The following table shows the subclasses (Haplotypes) of HLA.

It is bimolecular protein consists of a heavy (α) and light (β) glycoprotein chain.

It has four parts like the class I molecule:

Subclasses (Haplotypes) of Class-II Molecules are:

HLA system expression on the different cells and tissue:

The MLR is an assay as a vitro procedure in which leukocytes, from two genetically distinct individuals, are mixed of the same species, are cultured where these are resulting in cell blast transformation, DNA synthesis, and proliferation.

Generation of the MLR occurs as a consequence of the incompatibility of the allogenic determinants which are expressed on the surface of the cell population and which are encoded by the major histocompatibility complex (MHC).

HLA system has a major role in the success of tissue transplantation. There is a humoral and cell-mediated response. When there is a close similarity in class I and II of donor and recipient Ag typing that will lead to a successful transplant.

HLA typing of parents and the disputed child may be helpful to confirm the real parentage.

There are so many diseases which are common in the same HLA group e.g.

HLA antigen and its association with diseases:

The role of MHC class I molecule and MHC restriction:

MHC-I presents peptide form pathogens in the cytosol to CD8+ cells. Mostly these are viruses that cytotoxic CD8+ cells will kill (virus-infected cells). 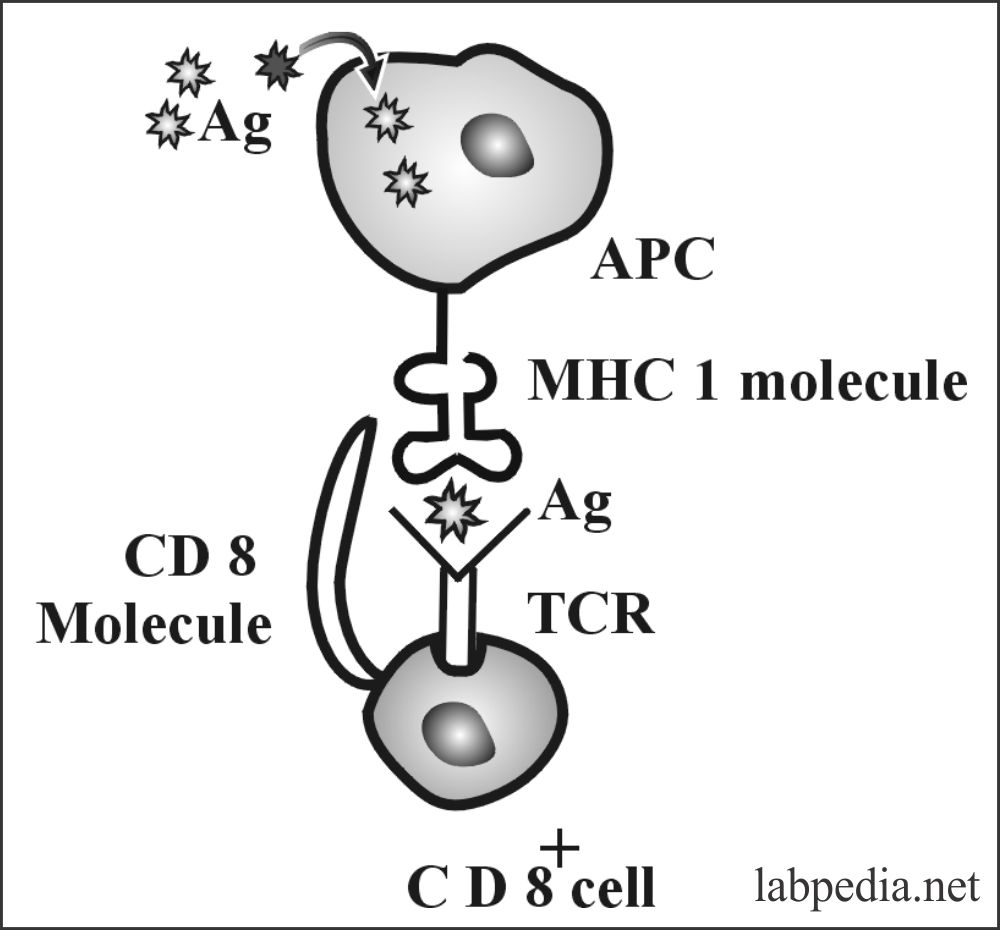 RBC lake MHC-I molecule. Viruses cannot replicate in RBC because of a lake of MHC I molecule while malarial parasites (Plasmodium) species can live in RBC.

Proteins are broken down by antigen-presenting cells and associates with MHC molecules to activate T-cells.

So CD8+ TCR only recognizes Ag along with MHC-I molecule (Ag + MHC-I).

The Ag is processed in the APC and binds to MHC class-I molecule and presented at the surface to CD8+ cells. 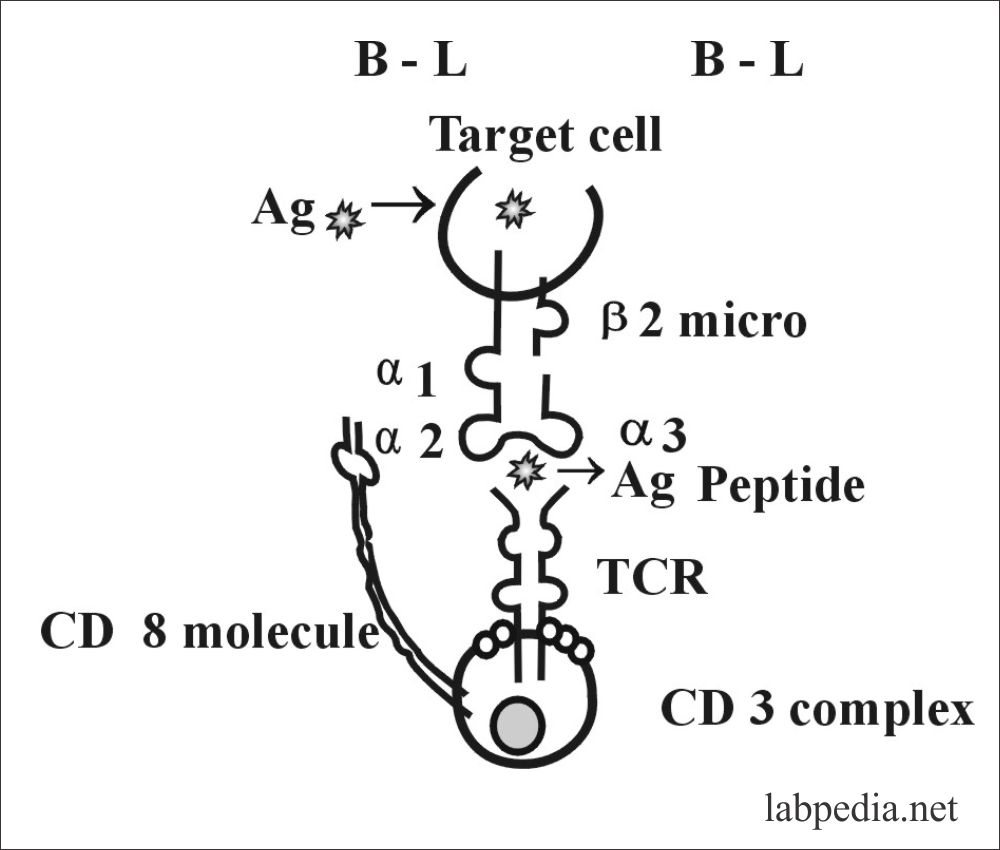 Tc (CD8+) sends lytic signals and cause the death of the target cells. There is the following explanation for cell lysis.

Any antigen when after processing by APC and is presented on the surface along with MHC-II molecule is recognized by TCR of CD4+ cells. 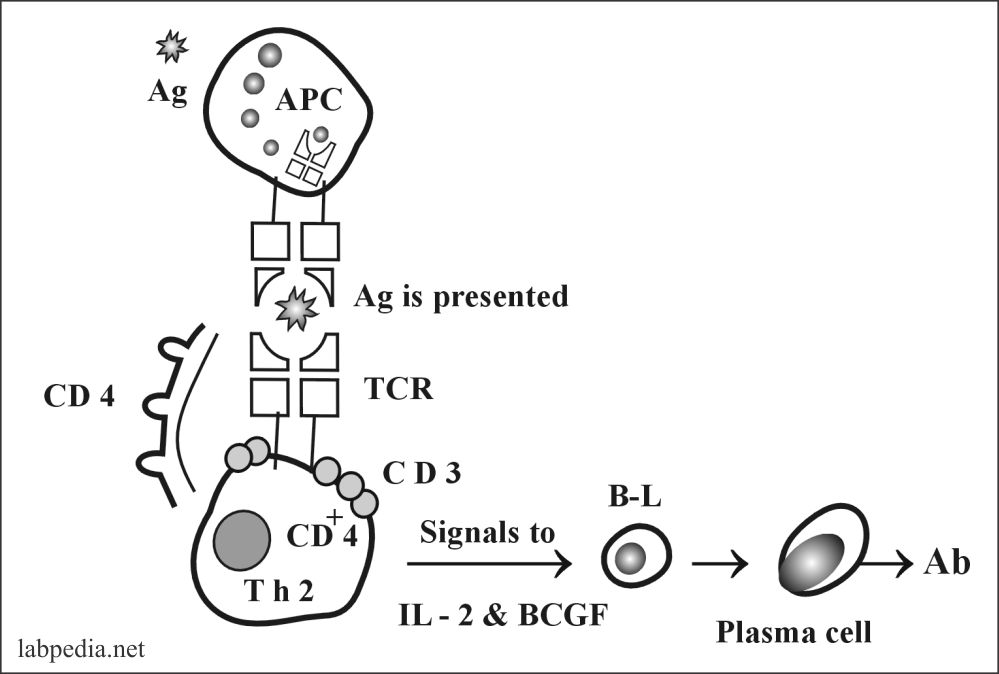 CD4+T cells are activated by peptides that are derived from exogenous proteins which are internalized and processed in APC and presented bound to MHC class II molecule on the surface of APC.

The role of MHC Class-II molecules can be further clarified by the following diagram.

The process in APC showed as follows where Ag is internalized and after processing, presented along with MHC-II molecule. 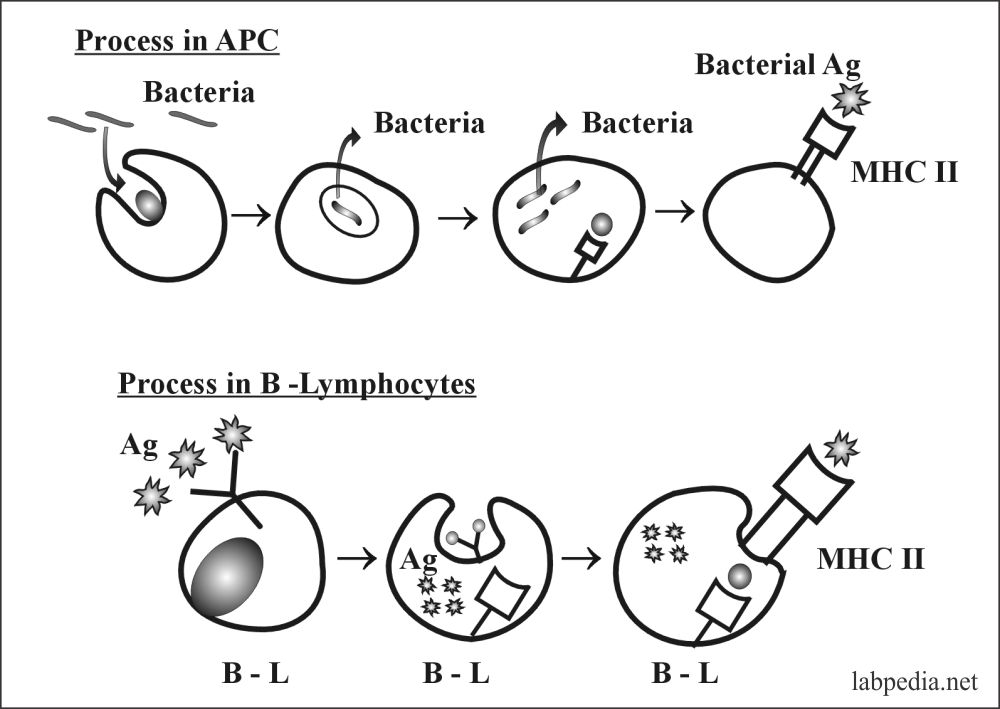 So the response to given Ag is restricted by MHC-II molecule.

MHC system also helps in self-education of self-antigen so self reacting clones of lymphocytes are deleted or made anergic. During the developmental stages of lymphoid cells in the fetus.

The following figure shows the role of Lymphocytes for different types of pathogens and the function of MHC molecules. 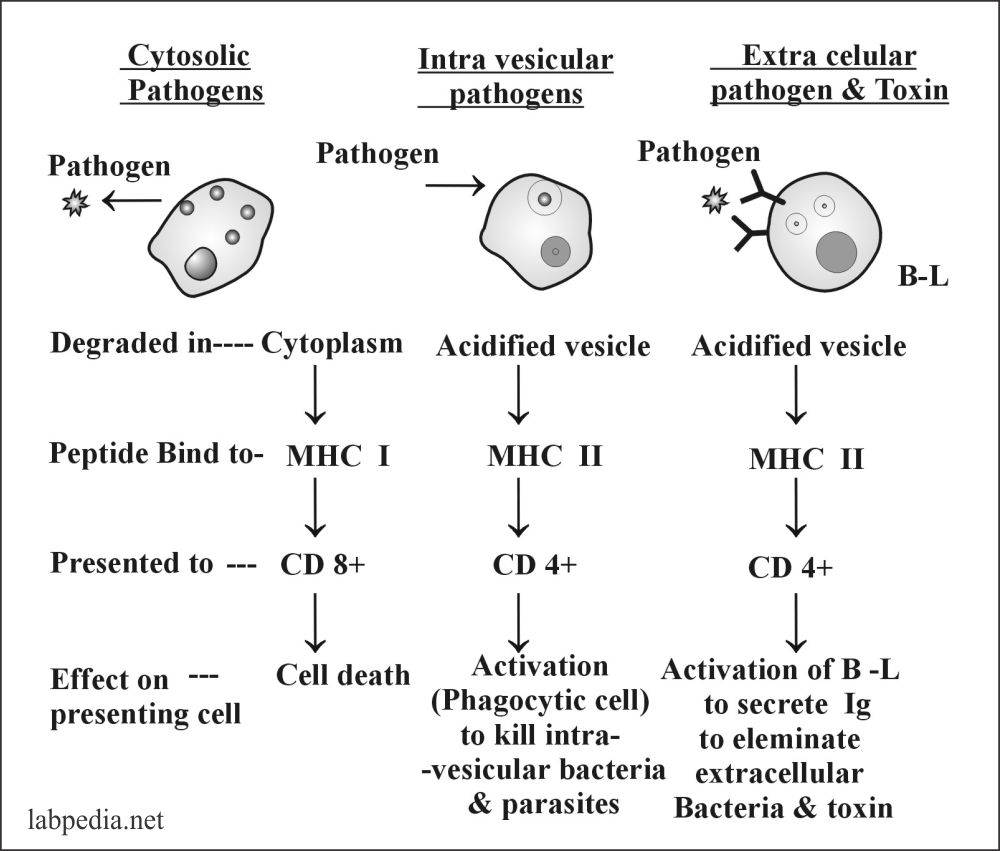 The tying of the HLA molecule is based on microcytotoxicity. Now a days monoclonal Ab coated plates are available in the market, which has antibody-coated wells and this is cheap and easy to perform.

The following are the steps to perform HLA typing shown diagrammatically. 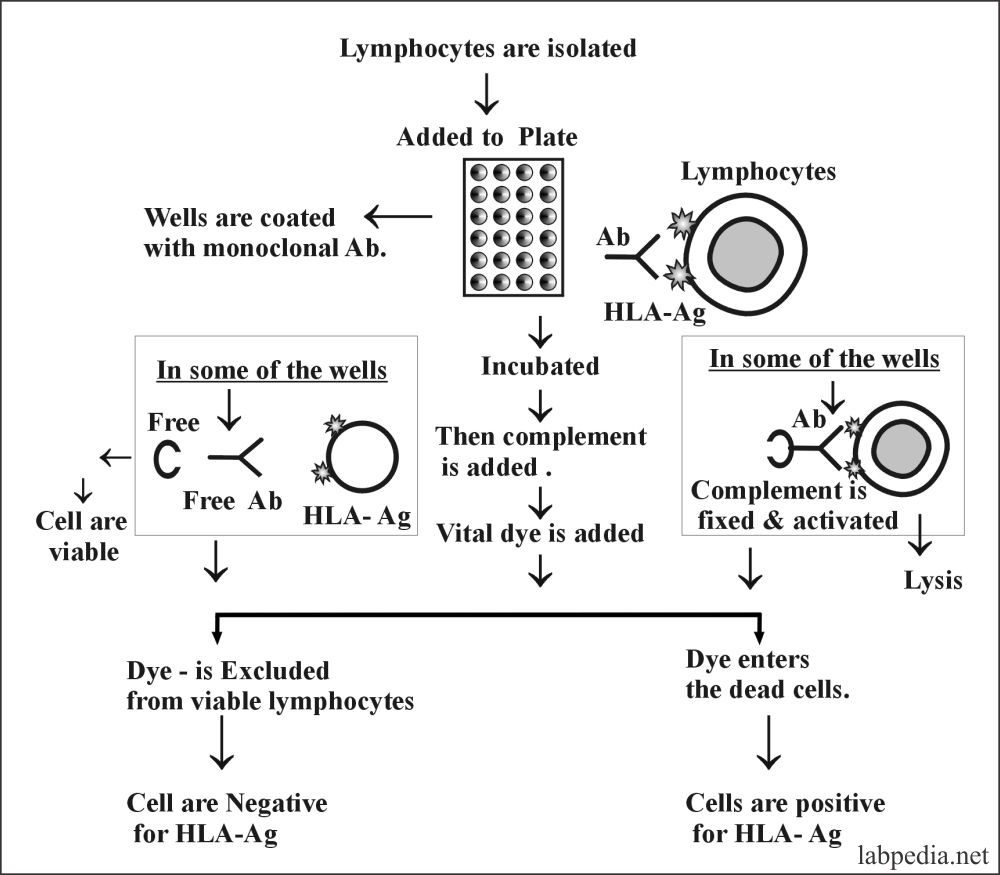 Using the commercially available kits HLA, typing of the Donor and Recipient blood can be performed easily.

Summary of Process of Lysis of Target Cells

The cells lysis can take place by:

The following diagram shows that the infected target cell can be destroyed in three different ways as follows. 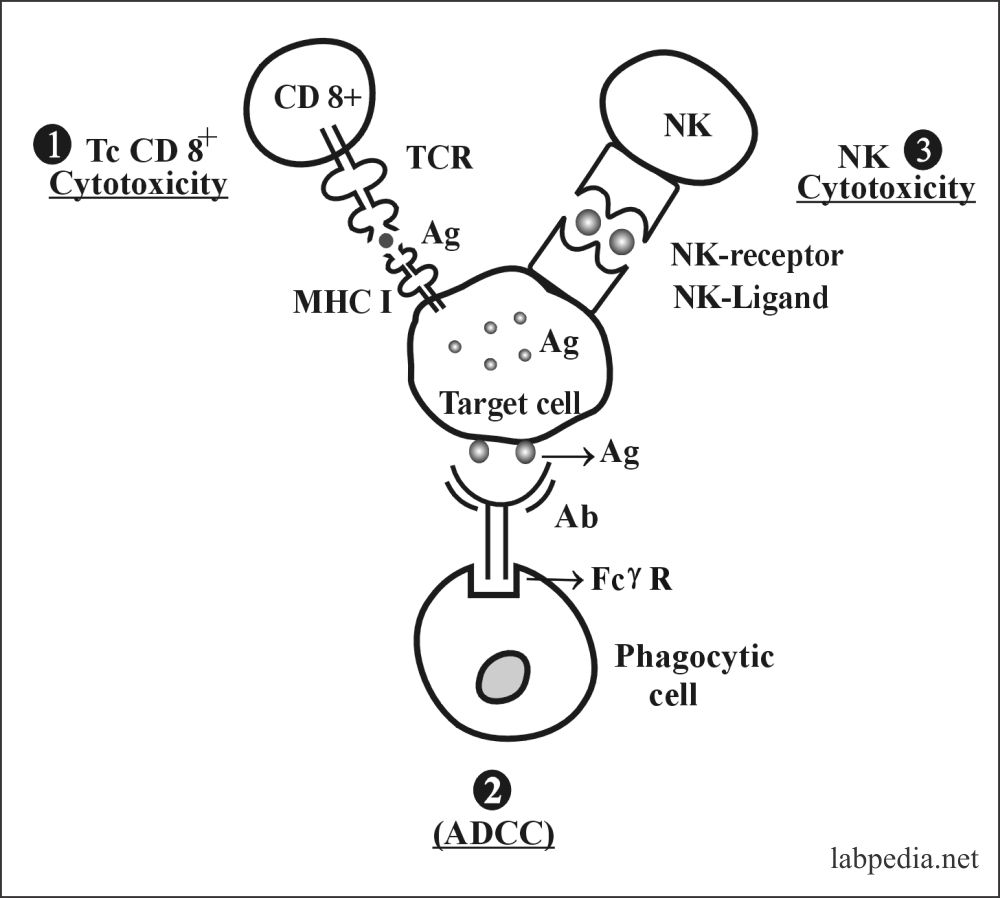 Fig 87: Summary of the mechanism of cell cytotoxicity