Cortisol Hormone, Hydrocortisone (AM and PM)

Purpose of the test (Indications) for Cortisol Hormone 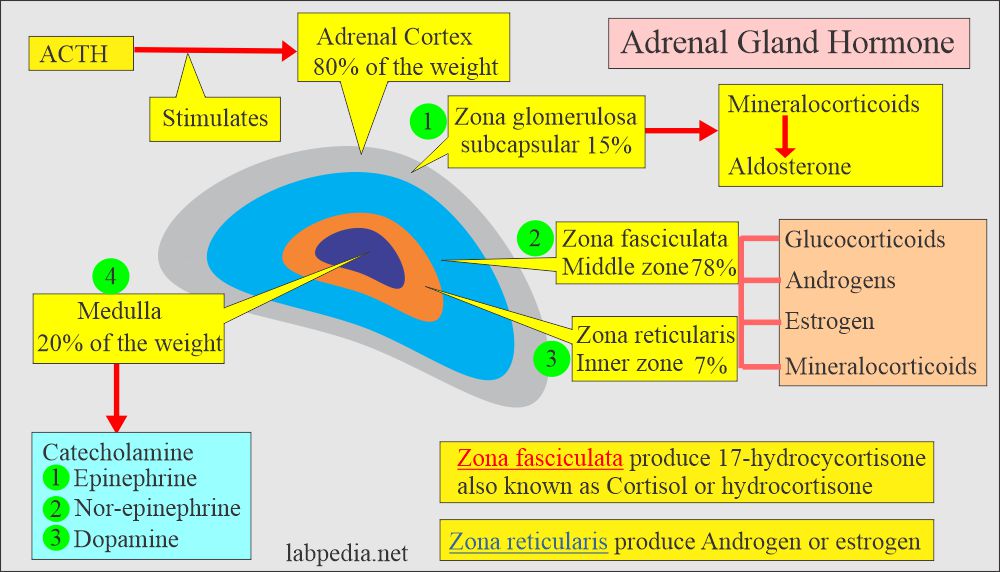 The cholesterol forms cortisol in the adrenal zona fasciculata and reticularis of the adrenal cortex. 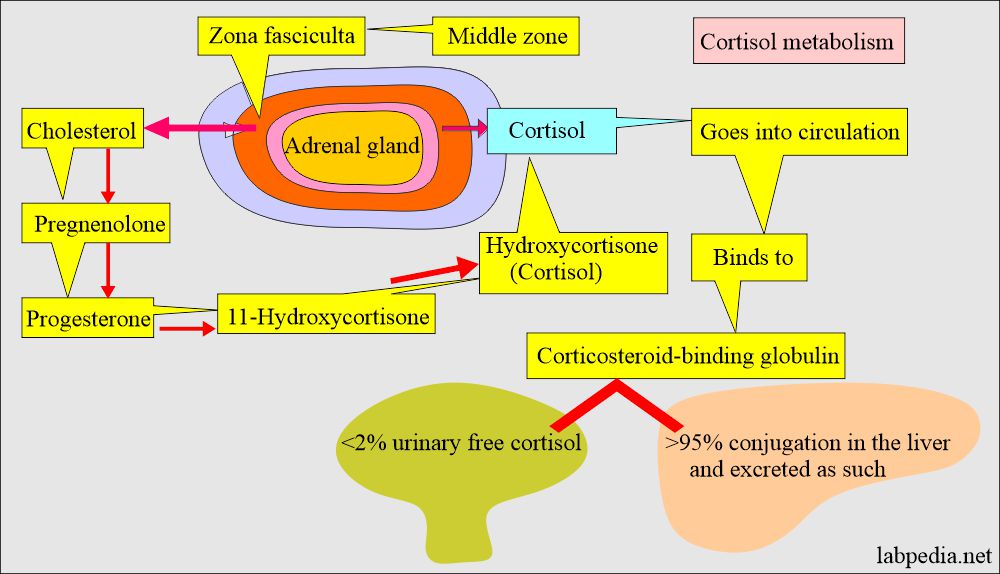 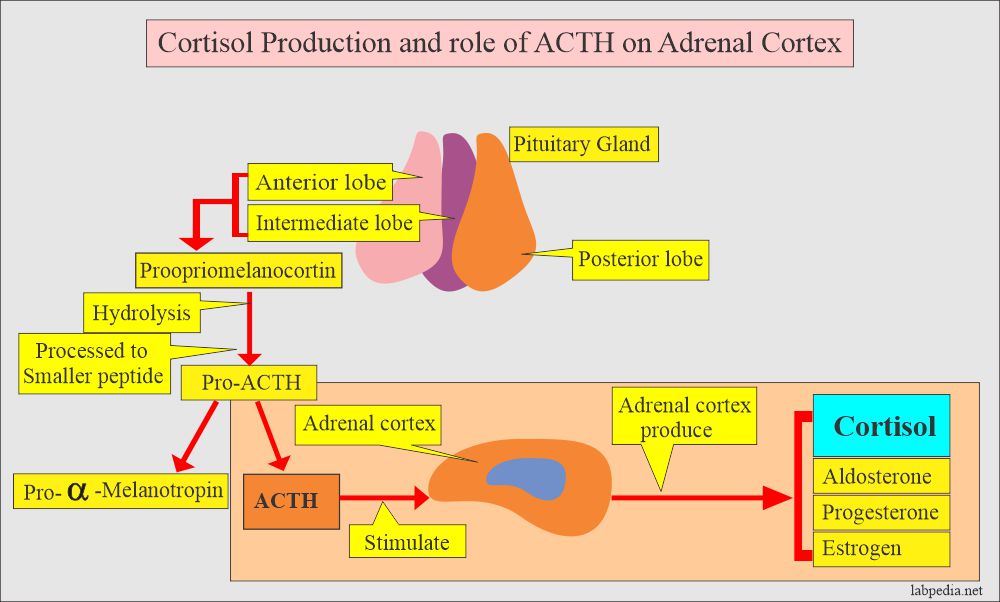 Cortisol production and the role of ACTH on the adrenal cortex 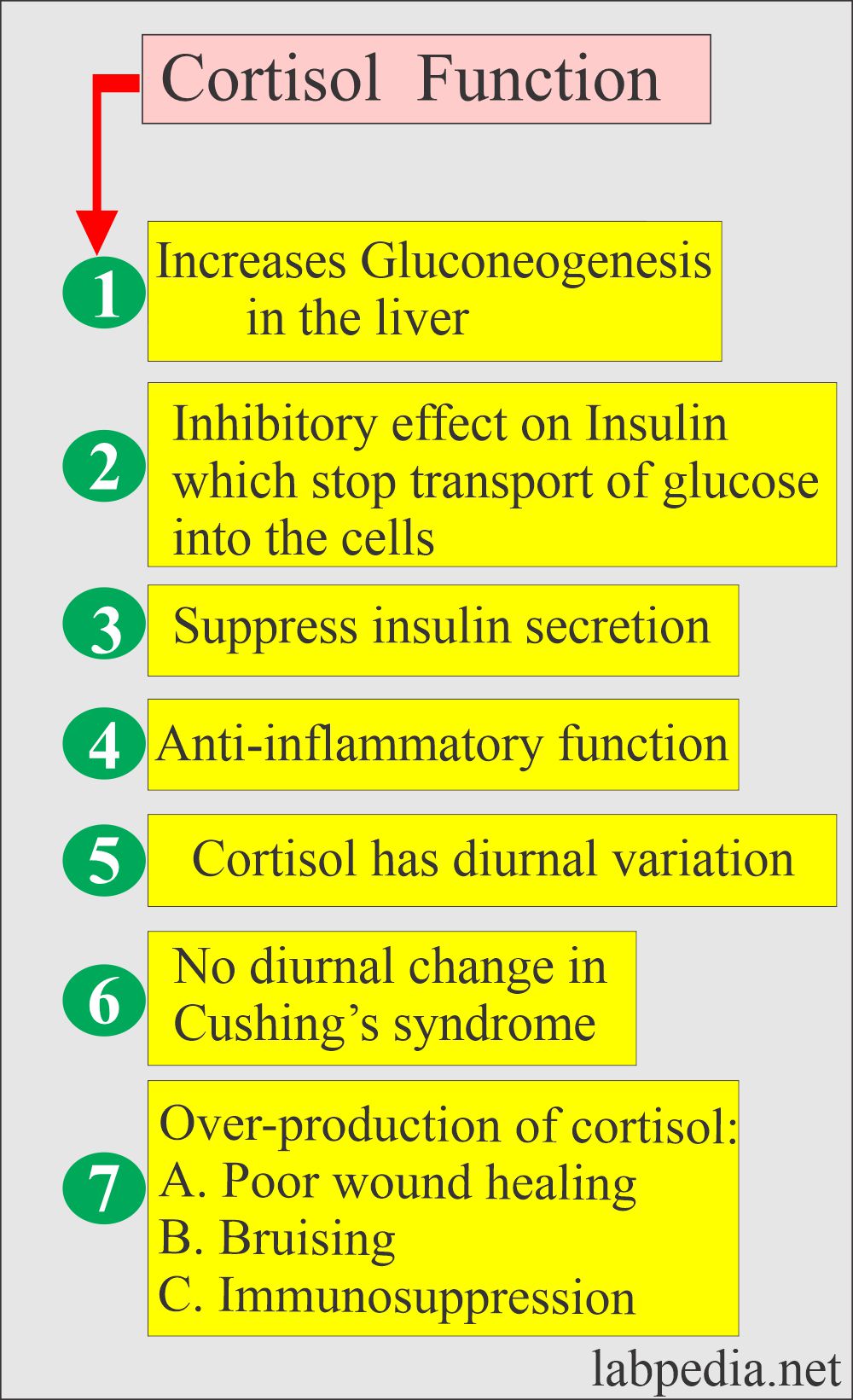 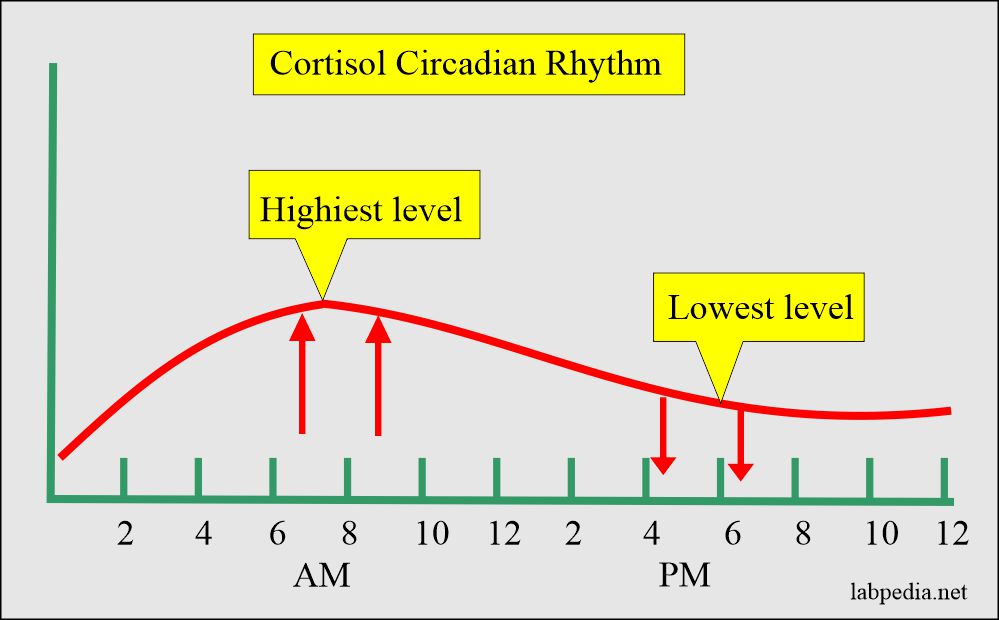 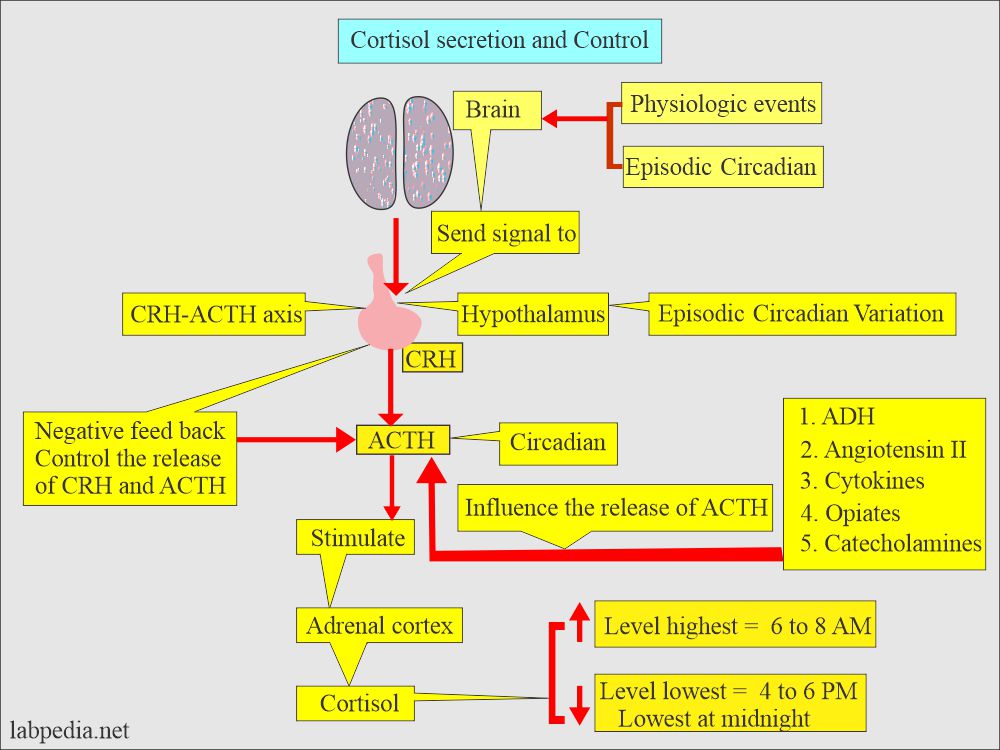 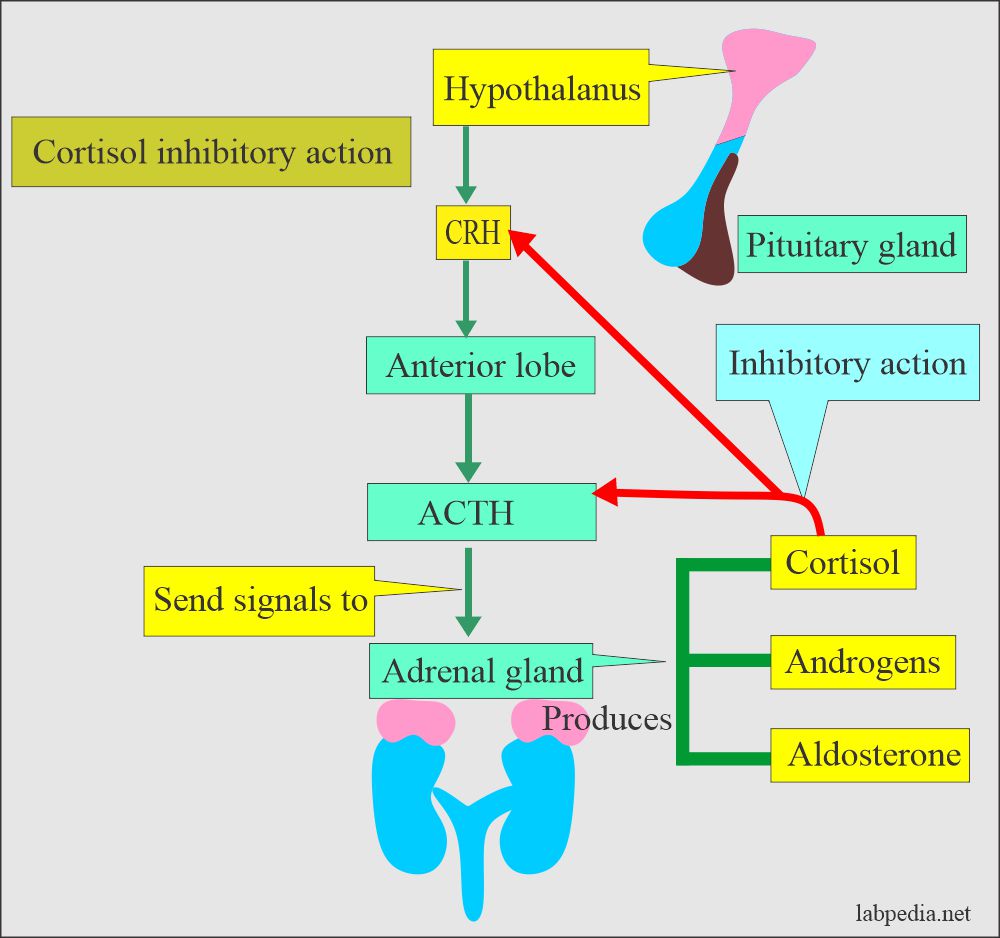 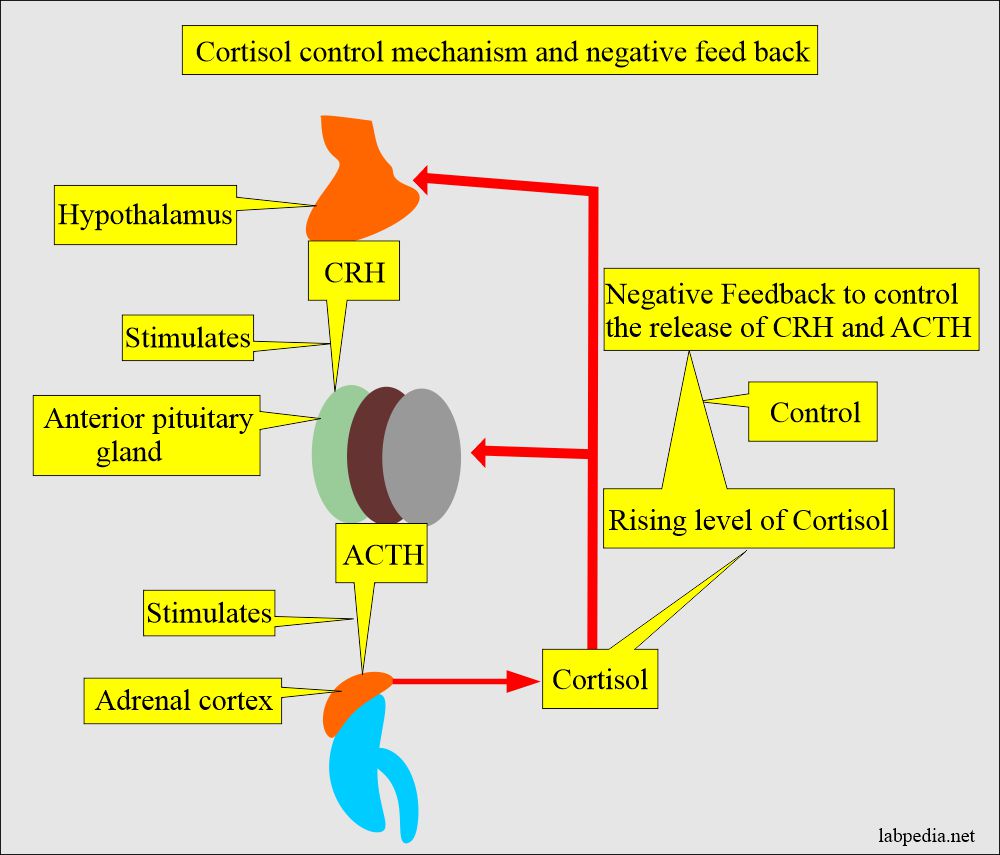 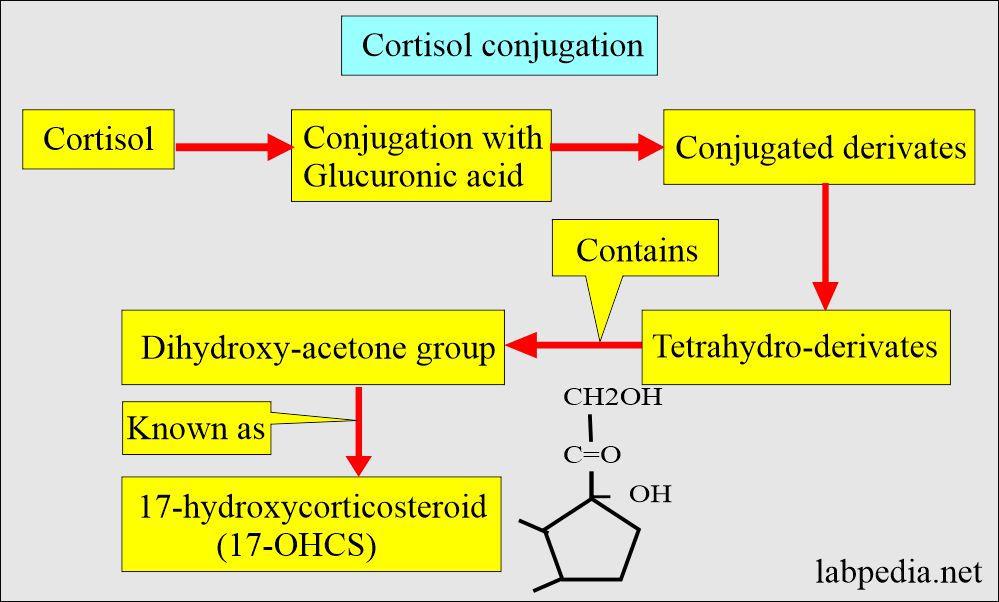 The increased level is seen in the following conditions:

The decreased level is seen in the following conditions: 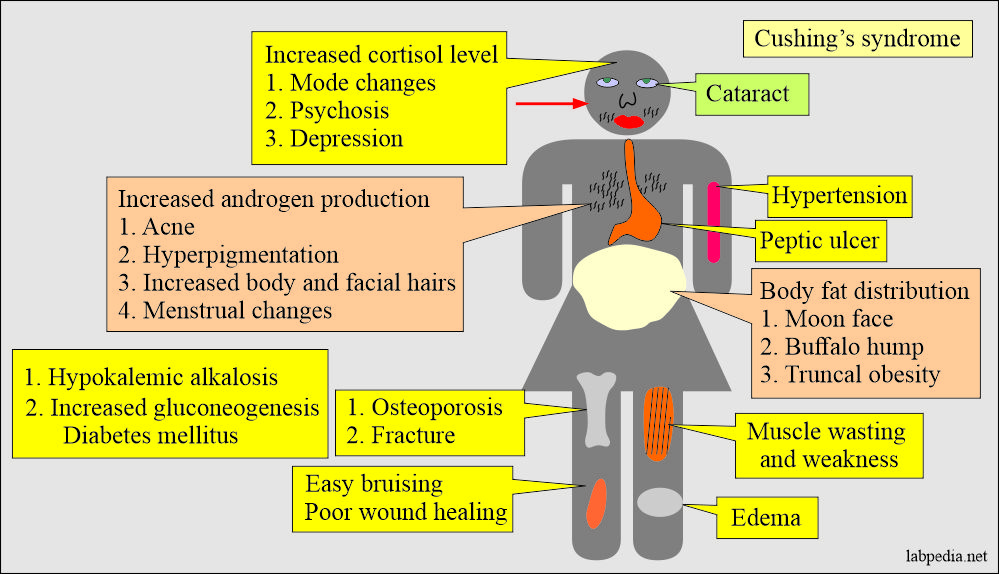 Table for differentiation of Adrenal diseases