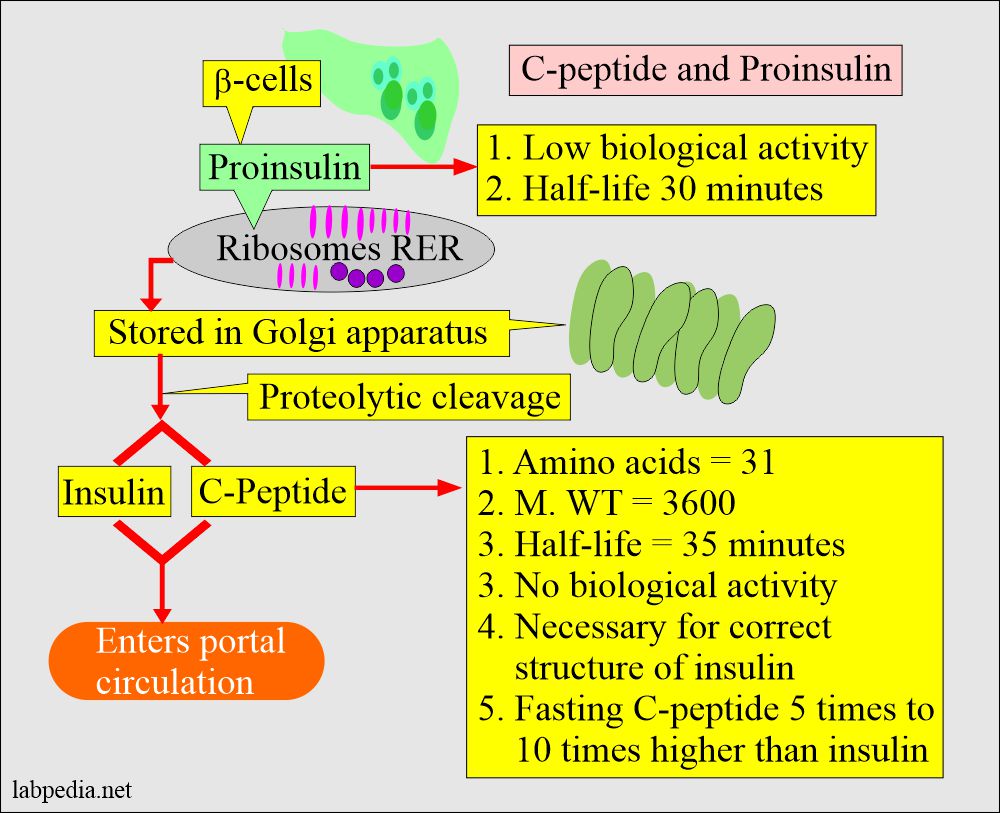 The raised level of C-peptide seen in:

The decreased C-peptide level is seen in: