Purpose of the test (Indications) for Antidiuretic Hormone (ADH) 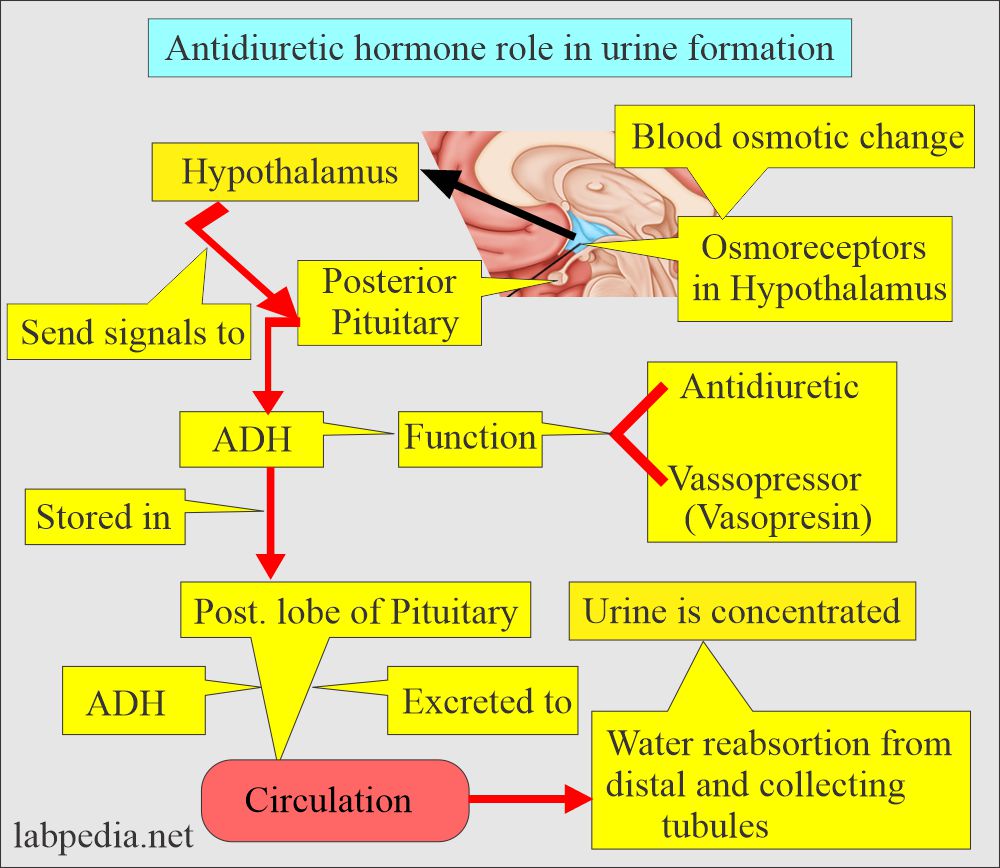 The major function of Antidiuretic hormone (ADH) and its control: 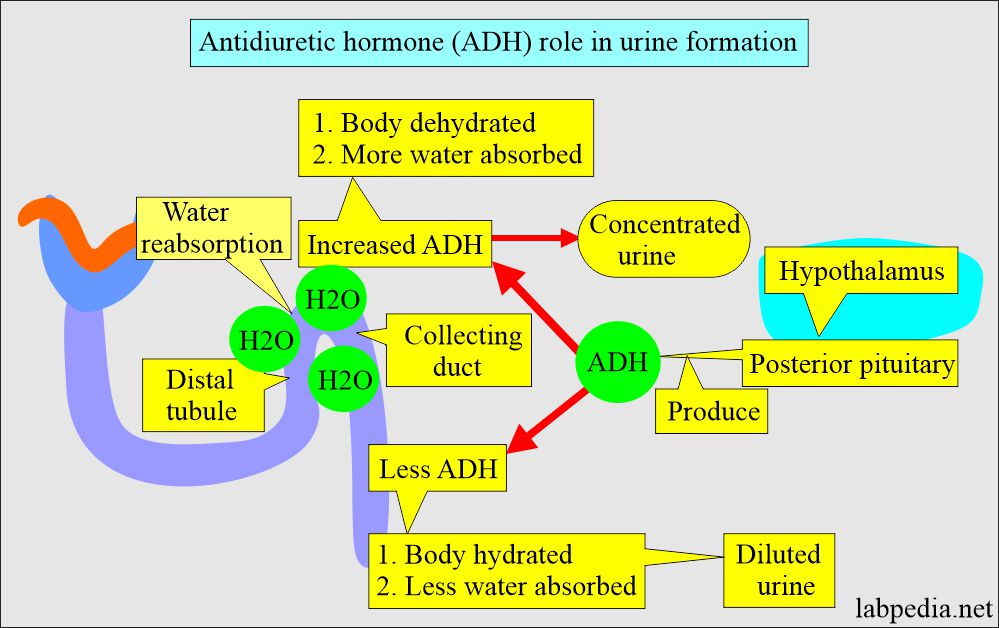 The most important syndromes associated with ADH are:

Diagnosis of SIADH, and its characteristic features: 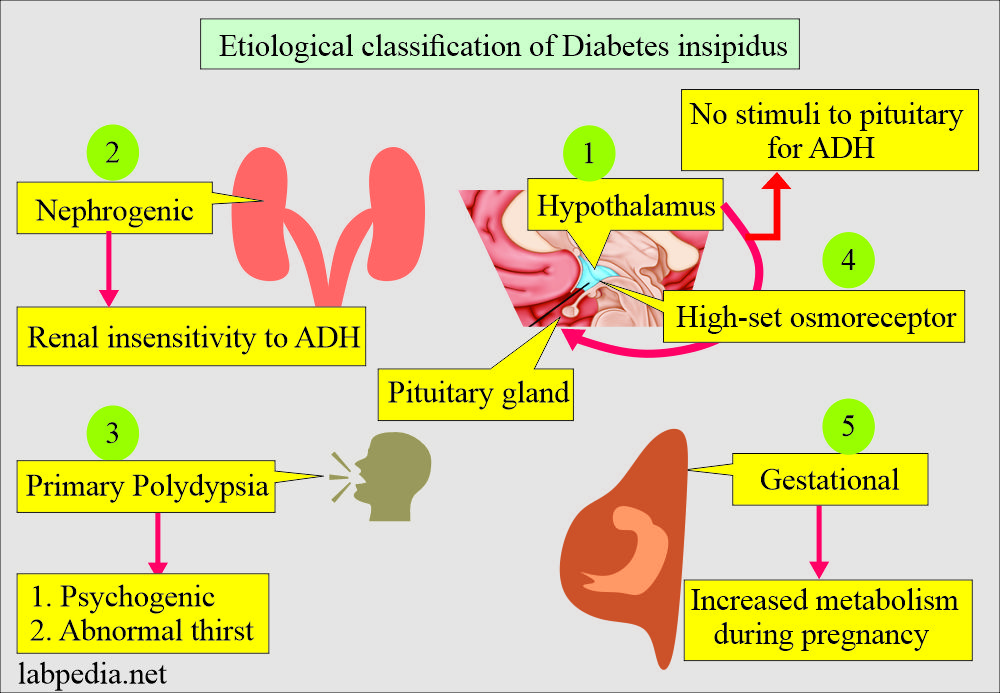 ADH release is stimulated by:

ADH release is inhibited by:

Increased ADH level is seen in:

Decreased ADH level is seen in: