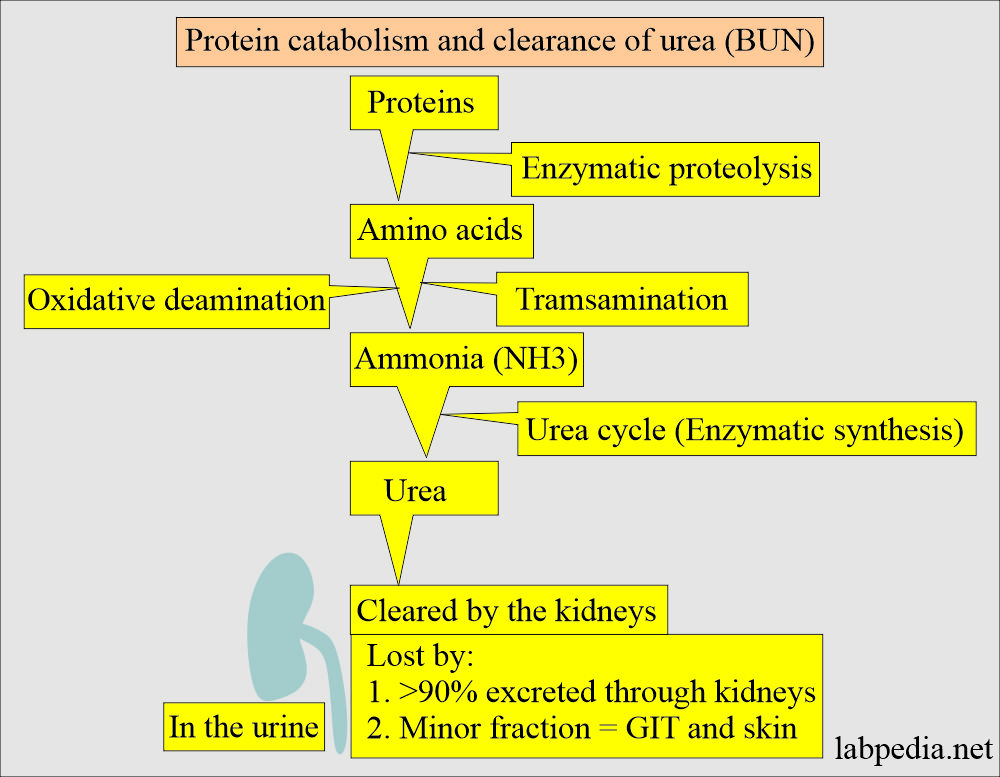 BUN, urea catabolism, and clearance from the body 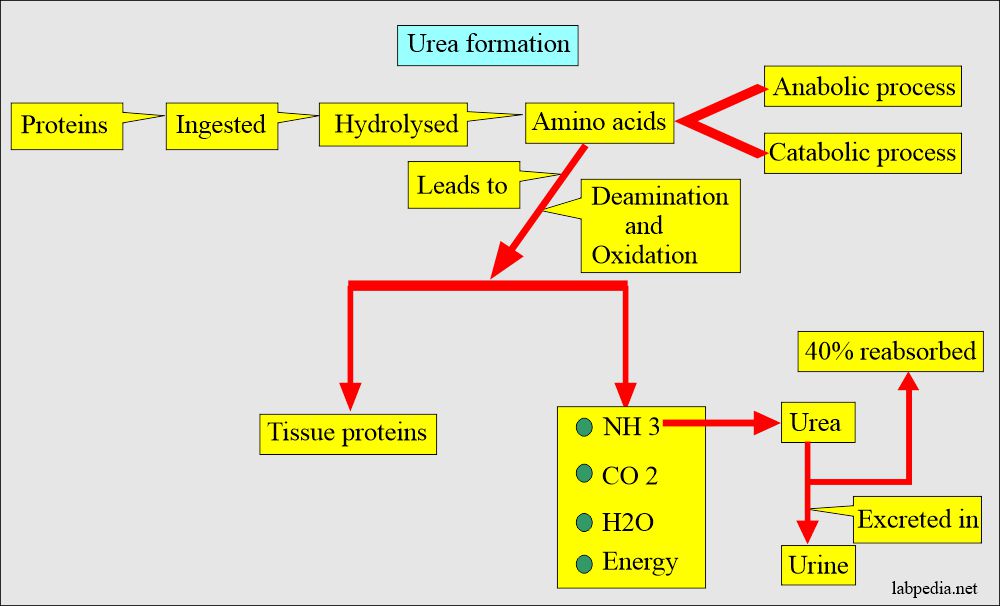 Clearance of the urea: 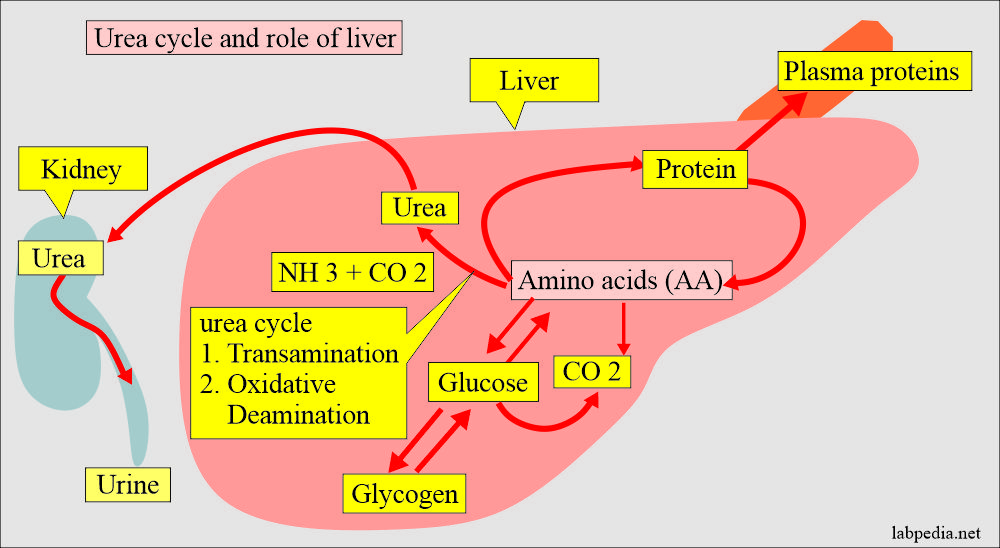 Urea cycle and role of liver and kidney 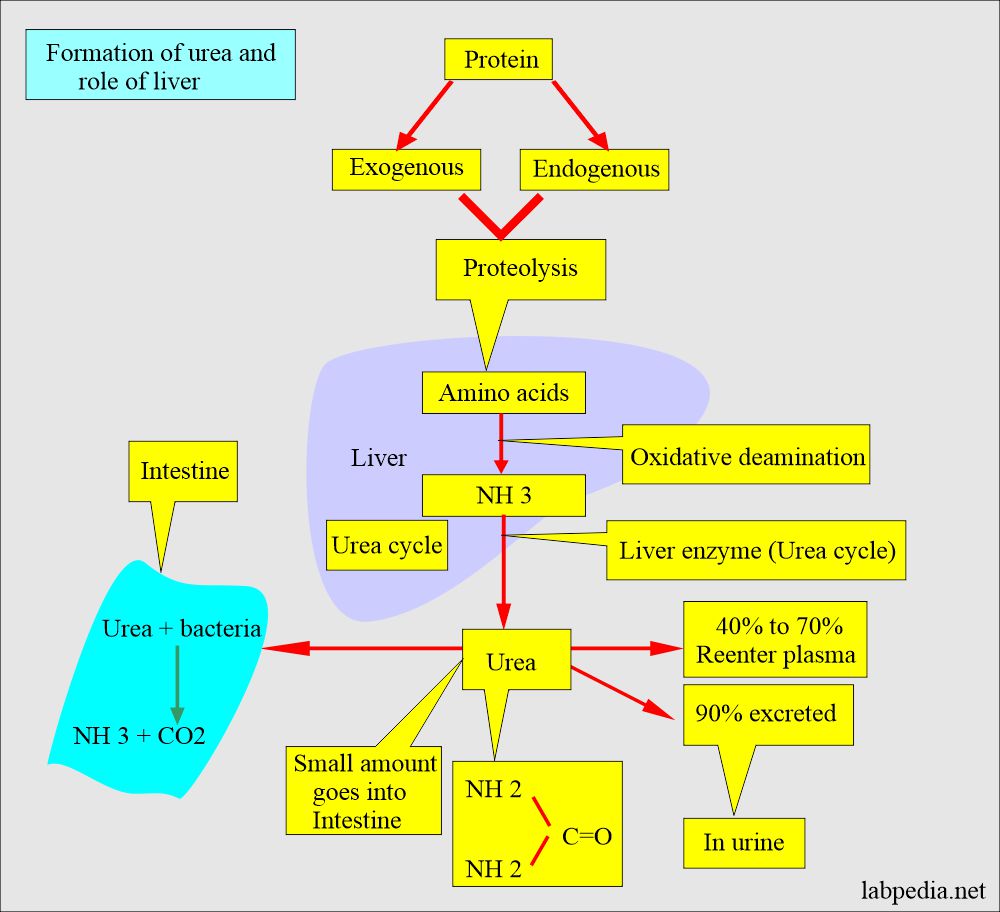 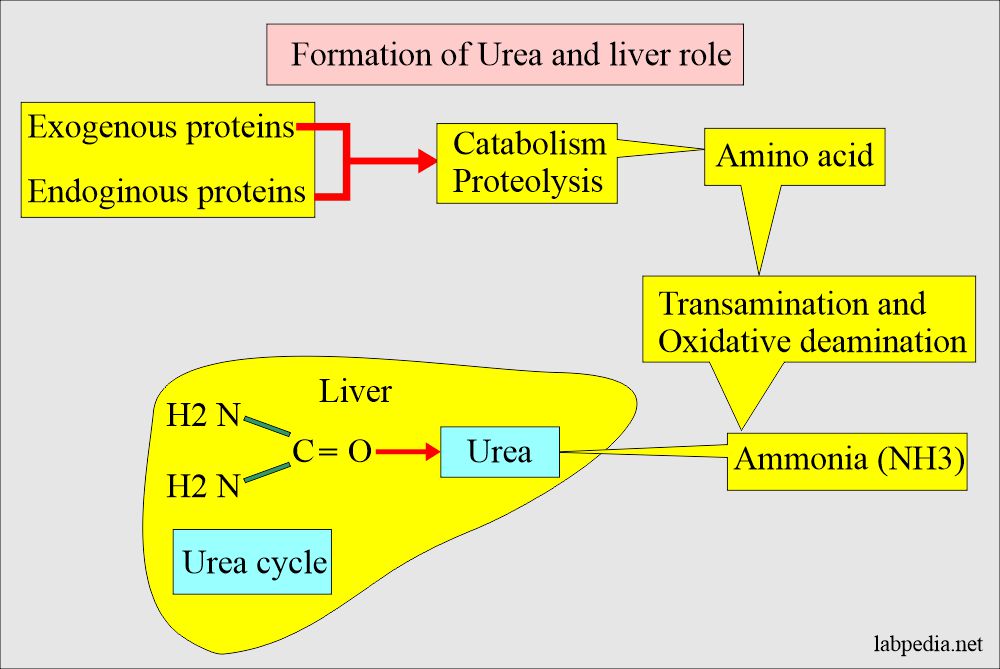 Urea formation and role of liver 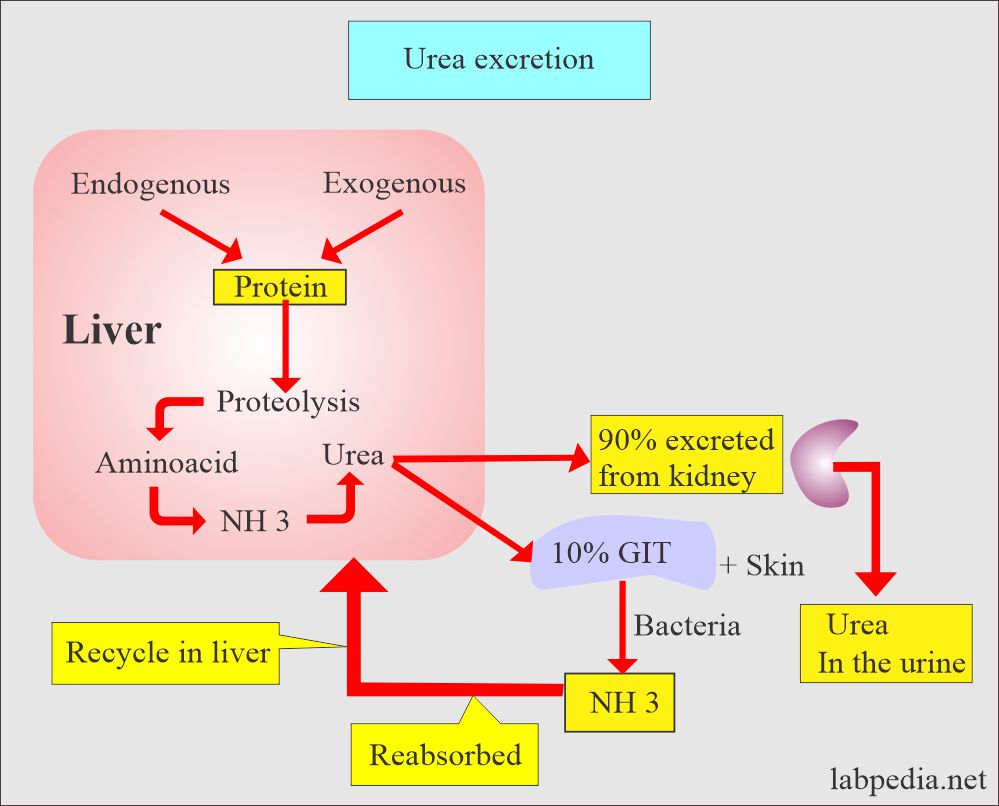 Blood urea excretion and role of kidneys and liver

Interpretation of the BUN for the renal functions:

A level above 100 mg/dL is the critical value indicating severe renal dysfunction. 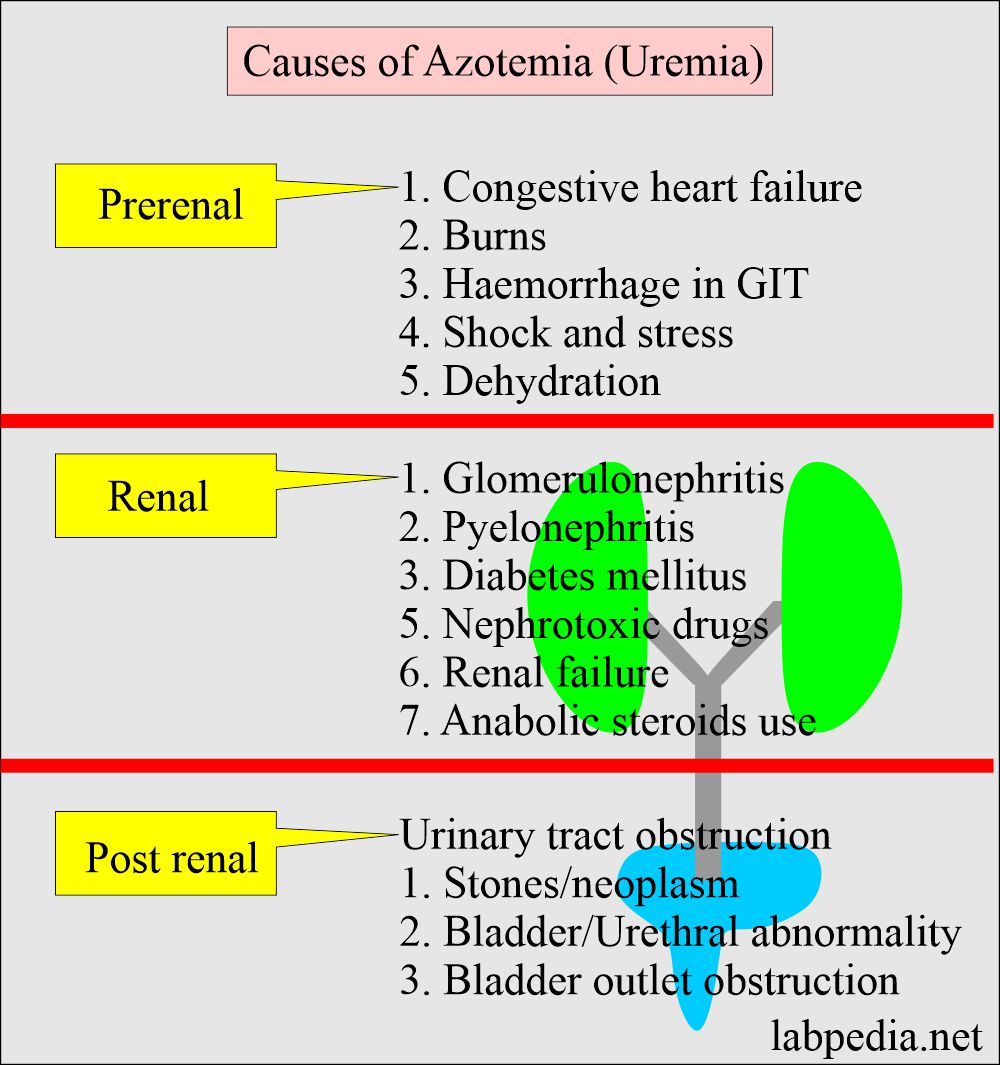 Effect of drugs and other conditions on a BUN:

Question 1: What is the difference between blood urea and blood urea nitrogen (BUN)?