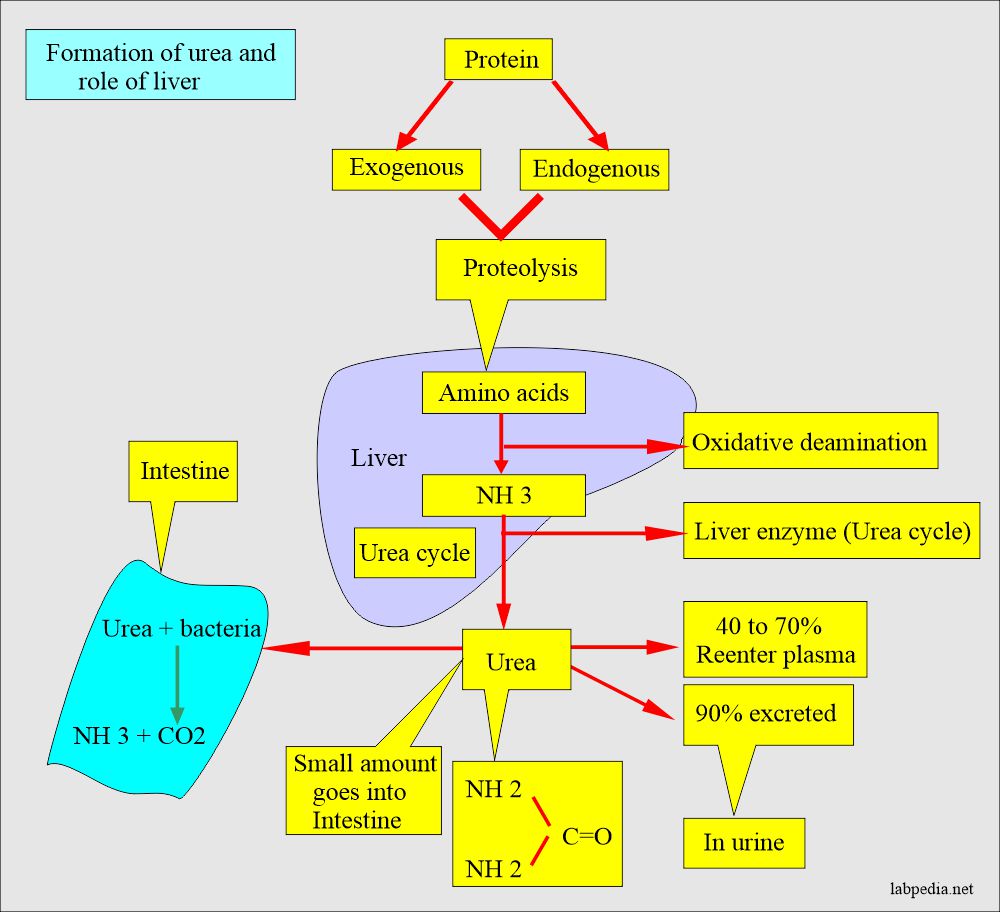 Urea cycle and role of the liver

Interpretation of the BUN for the renal functions:

A level above 100 mg/dL is the critical value indicating severe renal dysfunction.

Effect of drugs and other conditions on a BUN: