Purpose of the test (Indications) for Antinuclear Factor (ANF)

The major anti-nuclear antigens are:

Some of the commonly used anti-nuclear antibodies (ANA) and their significance:

ANA pattern by the fluorescent method 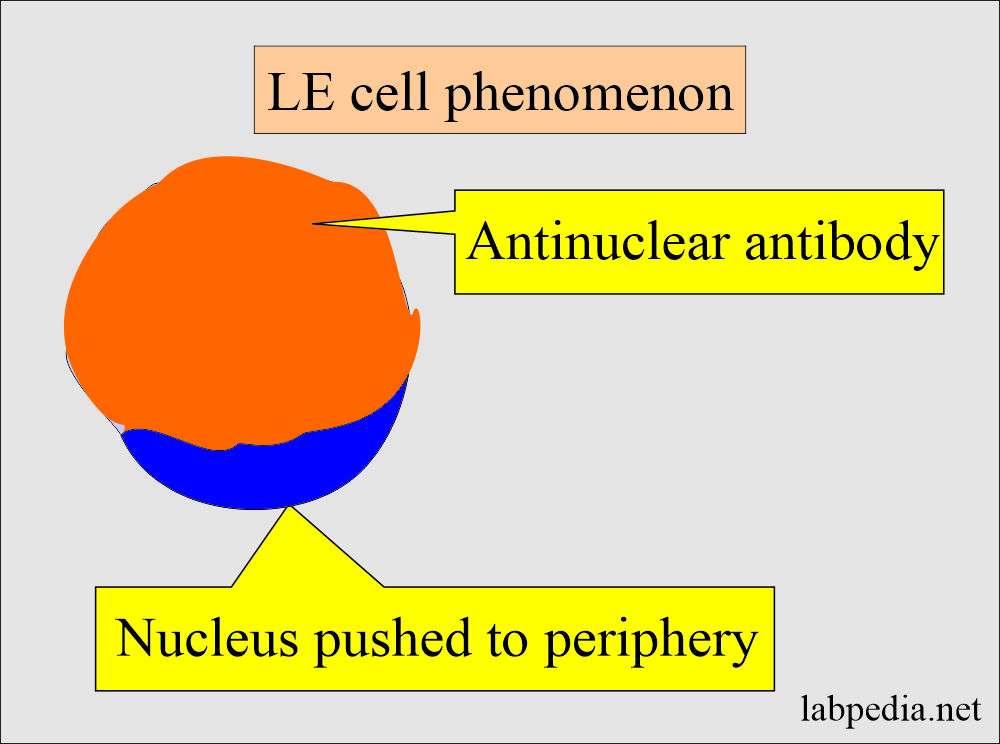 Le cell phenomenon: Nucleus is pushed to the periphery

The positive or increased level of ANA is seen in:

How long do you have to be off a l0 mg dose of prednisone in order to prevent a false negative in ANA test?

Usually, prednisolone will be out of your body in 7 to 10 days.