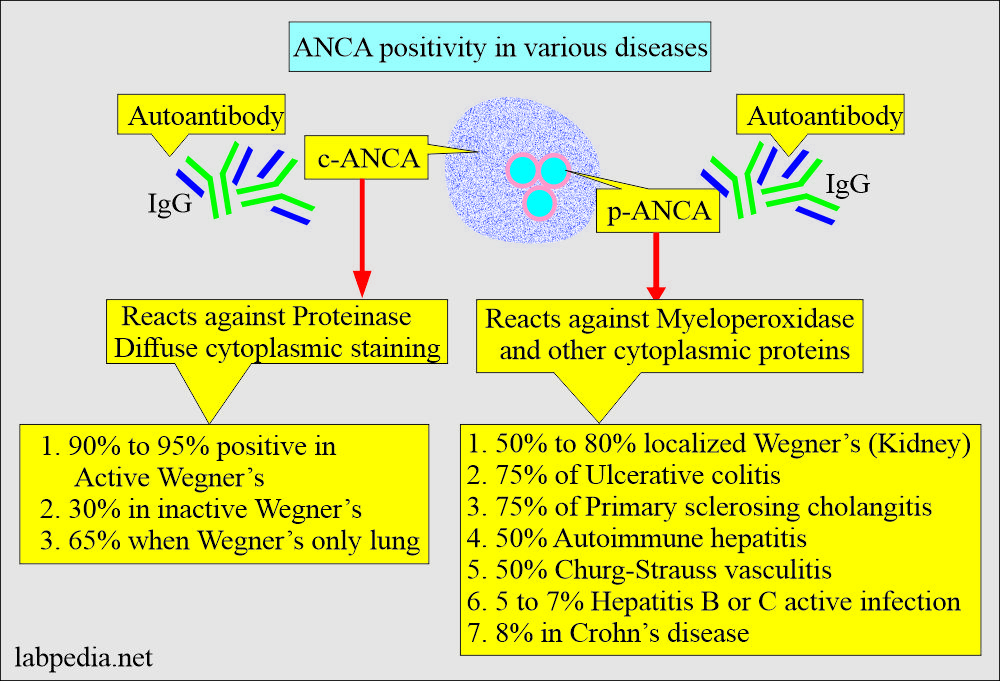 Signs and symptoms of Wegner’s Granulomatosis:

p-ANCA is not specific, but these are seen in: