Distribution of the alkaline phosphatase:

Effect of temperature on ALP:

Effects of Obstruction on ALP:

Effect of bone activity on ALP:

The activator of the ALP enzyme are:

Inhibitors of the ALP enzyme are:

The ALP is divided into isoenzymes based on:

ALP is slightly higher in the male than the female. It rises in females after middle age.

The principle of Alkaline phosphatase  reaction:

Alkaline phosphatase is an enzyme of the hydrolase class that catalyzes orthophosphate cleavage from orthophosphoric monoesters under alkaline conditions.

Its level may be mildly raised in: 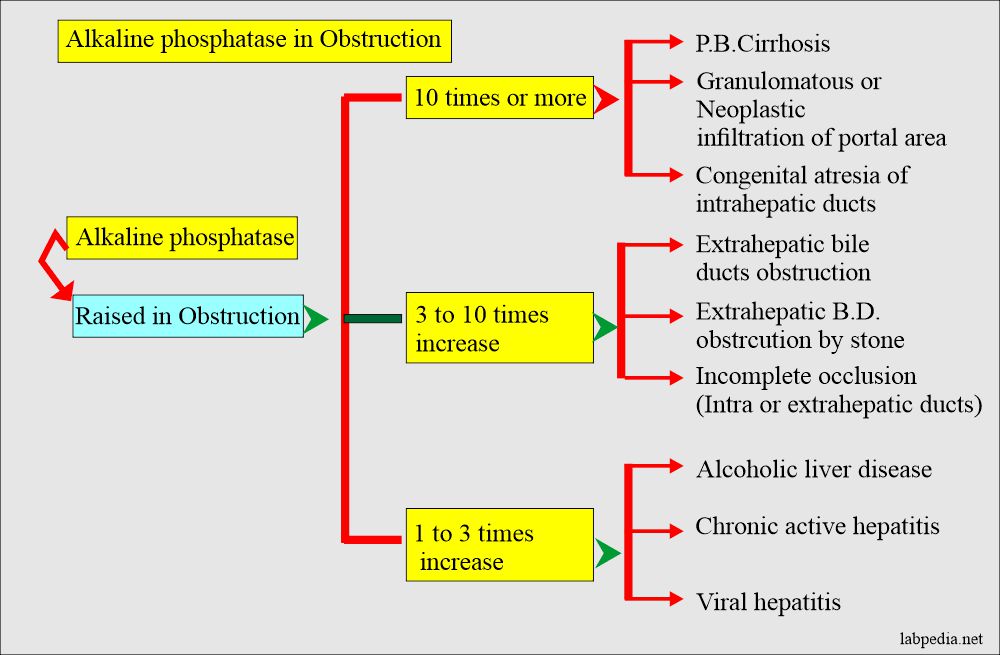 ALP Decreased level is seen in:

Thanks for the encouraging remarks

nice and comprehensive information, thanks a lot.

Thanks for your appreciation.

token of thanks sir